The company says it is seeking to "redefine sexy"

Victoria's Secret was criticized for its "Perfect Body" campaign

Lane Bryant has come up with a devil of an idea to market its lingerie while poking fun at a competitor.

The plus-size clothing retailer has launched an ad campaign for its Cacique line titled #ImNoAngel, seeking to “redefine sexy.”

In a commercial posted on You Tube, a group of plus-size models show off the bras and panties while saying things like “How boring would it be if we were all the same?” and “It’s all about how you feel.” 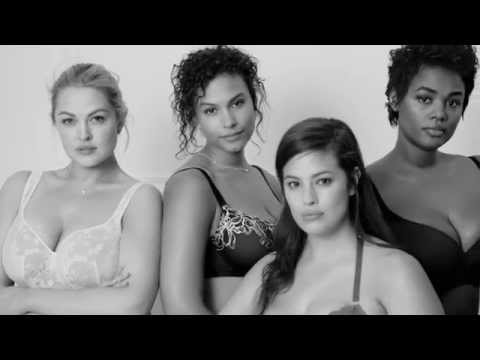 The campaign is a not-so-subtle dig at Victoria’s Secret and its very popular Angels line, which caters to smaller women. The lingerie giant was criticized last year for a campaign featuring the words “Perfect Body” over images of slender supermodels, and Business Insider reports that it is under increasing pressure from consumers to offer larger sizes.

Lane Bryant’s campaign is getting positive buzz in social media land, with the company being hailed for celebrating beauty of all shapes and sizes.

#ImNoAngel great campaign,it's all about being healthy n happy in your own skin.

“Our ‘#ImNoAngel’ campaign is designed to empower ALL women to love every part of herself,” Chief Executive Officer Linda Heasley said in a statement. “Lane Bryant firmly believes that she is sexy and we want to encourage her to confidently show it, in her own way.”

The ads will be featured in the company’s stores, on television, in print and on billboards, as well as featured on the brand’s social media accounts.