April Fools’ Day 2015: The best and worst pranks from around the Web

Photos: The best April Fools' pranks of 2015
From Google Japan
Google, perhaps the leader in Web-based April Fools' jokes, also posted a video on its Japan site touting Google Panda, a stuffed bear equipped with artificial intelligence and voice recognition. You can hug it and ask it questions.
Photos: The best April Fools' pranks of 2015
Courtesy Pinnacle
Pinnacle announced a line of flavored vodkas, including deep-dish pizza, salmon and cheese steak. Yum!

Here's our roundup of the funniest, and the flattest

Welcome to the first of April. It’s like Super Bowl Sunday for dad jokes, a day when we can all wake up, fire up the internet, and sigh a collective groan at the barrage of cringe-worthy pranks, tall tales and PR stunts conjured up by desperate media companies and junior brand creatives across the world.

We’ll be here as long as we can take it today, face-palming ourselves into oblivion as we catalog the good, the bad and the ugly of April Fools’ Day 2015.

If you see anything worth mentioning, let us know in the comments.

Google, the merry prankster of totally-not-evil corporate Web behemoths, has announced that you can now play Pac-Man on Google Maps. Open a map in your browser, click the blue and black square in the bottom left of your screen, and before you know it, it’ll be lunchtime.

Why dart through the streets of your city in a Prius when you can take to the high seas? The dream has (very nearly) (not really) become reality in Thailand, where Uber will be piloting a program allowing users to hitch a ride on boats “on the streets of Bangkok” ahead of the rainy season.

The cutting edge of technology

Samsung has announced this year’s must-have kitchen accessory – the Galaxy BLADE edge, “the world’s first smart knife with smartphone capabilities,” according to the phonemaker. The phone/knife apparently features “a razor-sharp diamond edge, tough enough to cut through a lobster tail and sharp enough to slice though tender heirloom tomatoes.”

It’s probably still not as good as an iPhone. 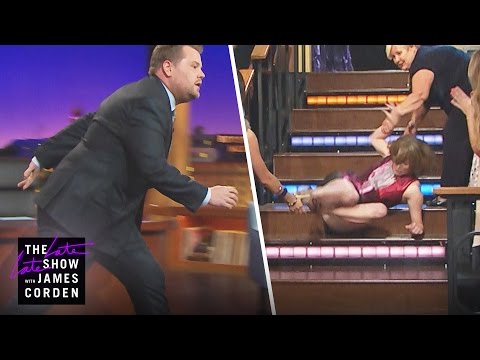 “May the Force be with EU”

Even scientists – scientists! – are getting in on the “fun.” CERN researchers have used the Large Hadron Collider to smash together two of the world’s favorite things – Star Wars and April Fools’ pranks – in a press release confirming the discovery of The Force.

CERN theorist Ben Kenobi has claimed that The Force is what binds the galaxy together, but dark-matter researcher Dave Vader (make it stop) dismissed the revelation with the quip “Asteroids do not concern me.”

Putin, Poroshenko to take this outside

Ukrainian President Petro Poroshenko has thrown down the gauntlet to Vladimir Putin, challenging the Russian leader to a one-off judo match to settle the future of eastern Ukraine, The Economist has reported.

When reached for comment, a spokesman for Angela Merkel reportedly said: “Bring it on.”

It’s been a rough few weeks for Jeremy Clarkson, the former “Top Gear” host who was sacked by the BBC for his “fracas” with a producer.

Now, following what he has described as a “dark night of the soul,” the former star of the world’s most popular car show has decided to dedicate his life to sustainable energy, throwing his weight behind The Guardian’s campaign for fossil fuel divestment.

All the protection you’ve come to expect from a BMW, bite-sized. http://t.co/k58D7Q8aD3 #motormouth pic.twitter.com/s0WbhG5dSV

BMW has announced the launch of a series mouth guards offering rugby players “the same impact protection as our drivers.”

The German car company says: “The interior of the guard uses tyre tread technology and grips accordingly, while the BMW signature kidney grille lies between the front incisors acting as an elegant respiration vent.”

In perhaps the most inevitable development of the day, Honda has announced the all-new HR-V Selfie Edition. The hybrid combines two of American millenials’ favorite things – taking selfies and signing mind-blowingly expensive car leases that will cripple their financial future for years to come.

Honda says: “With 10 cameras across the interior and exterior, the HR-V Selfie Edition allows drivers to snap self-portraits while the car is in park.”

A leg up on the competition 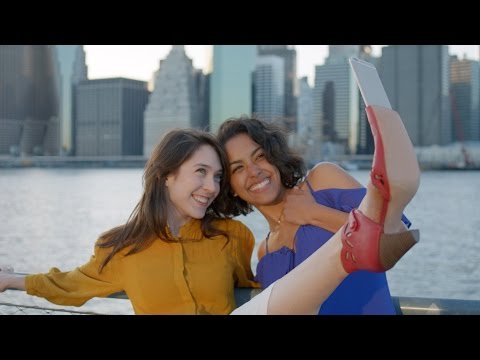 You and your selfie-stick not already annoying enough? Why not get on the waiting list for the Selfie Shoes, the brainchild of something called Miz Mooz, which says it understands “the importance of looking great without giving up the comfort our women on-the-go have come to love about our footwear.”

“Just insert your phone into the port at the front of either your right or left shoe, raise it to the perfect angle and click the internal button with a tap of your toe to take the photo.”

It was only a matter of time, really. If you live in the UK you will finally be able to carry Simon Cowell around with you in your pocket after the music mogul topped a poll of celebrities Brits would like to see on banknotes, The Sun has reported.

The publicity-shy “American Idol” and “X-Factor” judge will finally take his rightful place alongside the Queen, Charles Darwin and Adam Smith – other great British people who have their faces emblazoned on money.

Virgin founder Richard Branson – never one to pass up a PR opportunity – got the party started a day early with his announcement that the British company’s U.S. operations would move to the heartland city of Branson, Missouri.

He claimed Virgin would name its latest plane “Jolene” in honor of the song by Dolly Parton – the town’s most famous celebrity – and that his water filtration business, Virgin Pure, would triple-filter the town’s water so he can “enjoy the perfect cup of tea” whenever he’s in town.

(It may actually) eat your heart out

Ever wanted to spend an evening with a vicious, occasionally man-eating beast of the wild? Get yourself over to London’s first pop-up hippo cafe, where you can dine with two baby pygmy hippos named George and Bungle – from Switzerland, no less – according to the Happy Hippo Cafe.

“Watch the hippos being fed at dusk by their handlers and then stay to take part in the nightly Hungry Hungry Hippo tournaments, while enjoying drinks and snacks,” the website says.

Bounce your way to loyalty points

Tesco has revolutionized the supermarket shopping experience once again (in a good way for once, hopefully) by introducing “trampoline inspired bouncy aisles” to help you shorties reach the top shelves, Daisy O’Farllop (get it?), Director of Aisle Operations at Tesco, told the Retail Gazette.

We’re actually quite into this idea.

Following up on their rather uncontroversial awarding of the 2022 World Cup, Qatar will be invited to qualify for the 2020 European football championships to help the country develop a footballing culture, The Daily Telegraph has reported.

FIFA President Sepp Blatter has personally proposed that the tiny Gulf state join qualification for Euro 2020 to provide European teams a chance to “get to know” their 2022 hosts better.

Tower of Pisa to be turned into hotel

The fine people of The Telegraph must have a lot of time on their hands, for it appears that Italian officials are taking heat over their plan to raise money by turning the Leaning Tower of Pisa into a luxury hotel.

The proposal for the hotel – to be called 3.99 Degrees – suggests each floor be turned into a single room with a 360-degree view named after a hero of the Italian renaissance, The Telegraph has reported.

The University of Leicester plans to change name in honour of Richard III http://t.co/xeXJKiNXIU pic.twitter.com/c2g62TrO7i

The Independent has reported that The University of Leicester will change its name to King Richard University to capitalize on the publicity surrounding the discovery and reburial of the bones of Richard III.

The student bar will be renamed “Carnage@Bosworth” and the name of administrative building will be changed to Hunchback House, according to the report. (Editor’s note: If you’d like some real Richard III news, head here).

April Fools’ Day pranks don’t always have to end with a groan – and for one woman in New Zealand, it actually ended with a new car.

A dealership in New Zealand put an ad in the paper claiming that the first person to come in and “ask for Tom” would be able to swap their old car for a new BMW. Tiaana Marsh did just that, and … you can guess what happened from there.

Wait a second – why do we even do this?

Ever wondered why you spent your entire day reading nonsense from the four corners of the Web? Here’s why, in two minutes. You’re welcome.