Did investors learn nothing from last year's market meltdown?
This Valentines' Day, propose at Cracker Barrel and you might just win free food for a year
Investigators probing a possible near-collision between two aircraft on an airport runway in Austin, Texas
Something isn't loading properly. Please check back later.

Why missing a night of sleep can damage your IQ

Katie Pisa, for CNN
Updated 10:34 AM EDT, Mon April 20, 2015
Link Copied!
Sleep to lead —
The demands of being a leader would grind any of us down. If you can't find the time to get 7-8 hours of sleep a night, experts recommend a power nap or some form of meditation or mindfulness each day.
JEWEL SAMAD/AFP/Getty Images
Sleep is for losers? —
Yahoo! CEO Marissa Mayer is famous for her long hours put in at work, especially in the many years she worked at Google. She must be part of the 1-2% who don't need much sleep, as she has admitted to not needing more than 4-6 hours of sleep per night.
Mario Tama/Getty Images
Afternoon kip —
Winston Churchill, though not a long slumberer at night, was an advocate of a long afternoon nap every day.
Reg Speller/Getty Images
Nap parties —
Napping is one of the most positive ways to enhance your work. "Naps are absolutely for everyone who wants to enhance their performance," said sleep expert Jessica Payne.
STAN HONDA/AFP/Getty Images
Drop the afternoon tea —
Caffeine, the drug of choice for so many in the workplace, is a no-no after 2pm if you want a good night's rest, according to experts.
Kirsty Wigglesworth-WPA Pool/Getty Images
Too busy to sleep —
Domestic doyenne Martha Stewart famously admits she doesn't need as much sleep as most of us, getting four hours a night usually.
Fernando Leon/Getty Images
Love your data —
Wearable technology helps many track their sleep. "People love data...and often when they see they slept better than they think, it makes them feel better," says neuroscientist Dr. Tara Swart.
Peter Macdiarmid/Getty Images
Drink early —
Contrary to popular belief that a couple of drinks will help one's sleep, instead Swart advises for every unit of alcohol consumed, there should be one hour of time before you go to sleep.
Spencer Platt/Getty Images

Editor’s Note: ‘Thinking Business’ focuses on the psychology of getting ahead in the workplace by exploring techniques to boost employee performance, increase creativity and productivity.

From Napoleon Bonaparte and Margaret Thatcher to Twitter founder and Square, Inc. CEO Jack Dorsey and Yahoo! CEO Marissa Mayer, many successful leaders have claimed they only need 4-5 hours of precious sleep a night. They seem wired differently and shame the rest of us for craving eight hours of shut eye every night.

But for the majority of us - including many top CEOs and world leaders - this is certainly not the case, according to Dr. Tara Swart, an international neuroscientist and CEO of The Unlimited Mind. Missing a night of sleep can have quite a “devastating” effect on our performance, Swart says.

“One to two percent of the population can survive on four hours of sleep a night,” said Swart, “but 7-8 hours is optimal for most of us,” she claims.

Could the secret to success in your professional lives be linked to how well you sleep?

“There’s a very strong correlation between restfulness and leadership,” according to Jessica Payne, associate professor and director of the Sleep Stress and Memory Lab at the University of Notre Dame in Indiana. “The majority of people need seven to nine hours of sleep and the majority of people don’t get that much,” cites Payne. It’s as important as diet and exercise, she added.

While many of us skimp on sleep for years, thinking we can either make up for it at the weekend or another time, these long-term habits can add up to big trouble. The problems really strike after many years of doing this, said Payne. Memory problems, issues with decision-making, lack of creativity and regulating personal emotions are some of the first areas to be diminished by lack of sleep, according to Payne.

Social ability and emotional stability are linked to sleep, and a sleep deficit can be a “huge problem for leadership,” says Payne. A lack of it makes us irritable, she said, and many of us don’t understand how key sleep is in regulating your emotions and interacting with others both in the workplace and at home.

Swart, who trained as a doctor and specialised in psychiatry, then followed her passion for neuroscience and after working as a psychiatrist for seven years, is now a coach for leading executives and financiers. What she didn’t expect when she started her research into sleep were the “shocking” health consequences many of her clients suffered by abusing the need for sleep.

“So many of my clients have had heart attacks and nervous breakdowns,” she says, even those in their forties. While much of it is due to information overload and uncertainty in today’s world, a great deal of illnesses are due to higher levels of cortisol from stress, which in turns leads to difficulty sleeping, she said.

On top of the obvious health risks, when you have any sleep disturbance, your IQ drops by 5-8 IQ points, explained Swart. While we can usually carry on, albeit a bit more groggy, studies show that when we miss a night of sleep, our IQ drops by 1 standard deviation, meaning you’ll be “operating as if you’ve got a learning disability,” she said.

What do experts recommend to overcome sleep challenges for leaders? Both Swart and Payne do a lot of coaching for executives, CEOs, CFOs and financial industry leaders in particular. The coaching takes place either on a personal level or in sort of retreat-style group setting where colleagues go away to focus for a day maybe four times per year. Similar to using a personal trainer at the gym, these increasingly popular type of consultants, or coaches, push their clients in terms of leadership.

Swart says she uses various techniques including a food diary or a questionnaire that looks at the physical, spiritual and mental health around each individual. Wearable technology has helped too, claims Swart, as many clients love seeing data and tracking their sleep in this way.

How to succeed? Get more sleep | Arianna Huffington 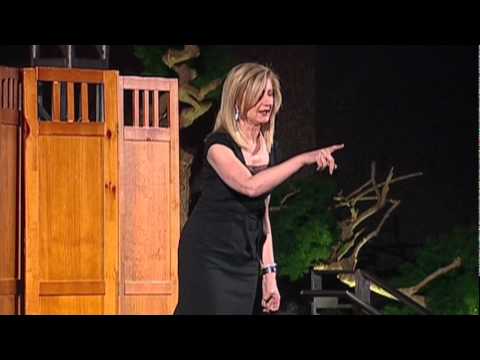 Poor “sleep hygiene” is linked to everything from how late in the day we drink caffeine and alcohol, to looking at the blue light of our computer screens less than an hour before we go to sleep. Other tips from Swart include using certain aromas to help sleep, blackout curtains and eating at least an hour and a half before going to sleep.

We’ve all heard the term “power nap”, but what few realize is the literal truth to those words. Both Swart and Payne stressed the importance of naps as one of the most significant steps in becoming a successful individual and leader.

“I dream of one day having a cubicle where everyone can have a nap,” said Payne. “We’re a long way from that, but it’s absolutely right for everyone who wants to enhance their performance. It has a huge effect.”

Even if you don’t go to sleep, incorporating a “mindfulness period” or “restful wakefulness”, will help relieve stress and rejuvenate the brain, in turn making leaders more effective and better at their jobs, claims Payne.

The most famous example of a company embracing this advice is Google, well-known for their nap parties and pods where employees can go in and curl up.

Swart said though she advises a 90-minute nap to get the most creative benefits, most of the leaders she’s coaching don’t have time to do it. So a focus on other mindfulness techniques and rest periods is often encouraged too.

Payne agrees, adding that mindfulness training, whether it’s sleep or meditation, will help to relieve the stress system. “It’s the new frontier,” she said.

The surprising benefits of doing nothing

Matt York/AP
Superbowl LVI was crypto's coming out party. This year, the party's over
Spencer Platt/Getty Images
Why did we get a monster jobs report if the economy is slowing?
Ad Feedback