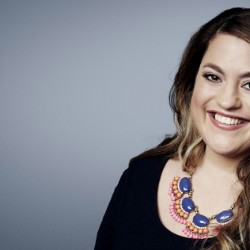 Retiring Senate Minority Leader Harry Reid sat down with CNN’s Dana Bash for a candid interview, where his body language, expressions, and willingness to address critics fit the expectations of just about anyone readying for retirement.

Reid reveals he initially wanted to retire before his last election, but was antagonized by the naysayers and decided to run, “one newspaper here in Nevada kept beating up on me” and so naturally…

He says his current decision to retire at age 75 is to be remembered for his first 34 years in the Senate, not his last six.

“There’s nobody that can work harder than I work” admitting that his style “might not be somebody else’s style.” But, he doesn’t seem to care what people think of him.

Bash also asks about whether he regrets accusing Mitt Romney, with no evidence, of not paying his taxes. Without hesitation, “I don’t regret that at all.” When Bash followed up about some calling it “McCarthyite”, he gave a shrug with a little smirk:

So, there you have it.

Bash also notes Reid is proud of the work he’s done to revitalize Las Vegas and bring renewable energy to Nevada. Once retired though, it’s these candid moments that some might miss.