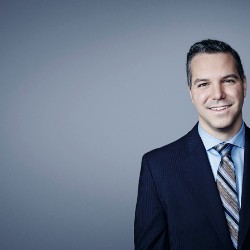 There were plenty of red flags surrounding the company Jeb Bush was planning to join: lawsuits, bad headlines, even previously convicted drug dealers in top positions.

But somehow Bush seemed to miss them all in 2007 as he prepared to join InnoVida as a $15,000-a month-consultant – a position that would lead to board membership and stock options.

Just months out of the Florida governor’s mansion, the consulting gig with InnoVida would help Bush replenish his bank account after eight years in public service. It was also a chance for him to lend the credibility that comes with being the son of a former president and the brother of a sitting one to a home state start-up making what promised to be a revolutionary new building material.

But in reality, Bush was getting caught up with a smooth-talking CEO who would ultimately be sent to prison for more than a decade for running a $40 million investment fraud. Bush’s ties to InnoVida and chief executive Claudio Osorio are resurfacing as the former governor considers a White House run.

A CNN investigation uncovered a paper trail revealing a pattern of financial malfeasance allegations against Osorio and troubling accusations against his top lieutenants, raising questions about why Bush would associate with businessmen who have such disconcerting histories. Bush’s work at the troubled company is all the more notable considering he’s built a political career touting his business acumen, boasting to voters in Iowa recently that he’s actually “signed the front side of a paycheck.”

“It’s hard to imagine any due diligence investigation that would have missed lawsuit after lawsuit against Osorio alleging fraud, misrepresentation and ethics violations,” said Ken Boehm, the chairman of the National Legal and Policy Center, an ethics watchdog group that reviewed public records with CNN. “Even if they were doing due-diligence lite, they would have found the lawsuits. These lawsuits weren’t hidden. They were in his home county.”

Osorio traveled in elite circles. At political fundraisers and events at his multimillion-dollar Miami mansion, he chatted up the rich and famous, persuading them to invest millions in his company. He had the look of a successful entrepreneur, complete with a Colorado mountain house and a Maserati.

He even tried talking his way into the Oval Office, but had to settle for a 2009 meeting with President Barack Obama’s personal assistant, according to court filings.

Osorio recruited Bush to the company because the political heavyweight would, as the Securities and Exchange Commission’s complaint put it, “add an air of legitimacy to InnoVida.”

Bush has never been accused of wrongdoing. He paid back more than half the $470,000 InnoVida paid him over his three years as a consultant and maintains Osorio deceived him and other board members.

“It is now obvious that Mr. Osorio deliberately misled a board of prominent business leaders about his company’s dealings and that is why he is now in jail,” Bush spokeswoman Kristy Campbell told CNN in an email.

READ: Barbara Bush to donors: I changed my mind on Jeb

Campbell has previously told reporters that Bush vetted the company before signing on as a consultant, visiting its factories in Miami and Dubai. And she told CNN that Bush hired a former federal law enforcement agent to conduct a background check on Osorio, which found “no red flags indicating criminal or financial wrongdoing.”

It’s a confounding explanation considering the allegations of shady dealings that had dogged Osorio and his associates for years.

Several top InnoVida officials have checkered pasts. One of the company’s owners was convicted of cocaine trafficking in 1990. A decade earlier, a future board member was busted, accused of trying to board a flight from Fort Lauderdale, Florida, with a pound of cocaine in his underwear and another pound in his bag.

Before Bush started working at the company, at least three lawsuits were filed against Osorio that accused the businessman of financial wrongdoing and unethical behavior.

The most high-profile suit against Osorio was a 1999 class action he faced as chief executive of a Fortune 500 company called CHS Electronics. Shareholders sued Osorio, alleging securities fraud after the company collapsed.

In a foreshadowing of InnoVida’s collapse, shareholders sued CHS and its executives, accusing them of misleading investors, artificially inflating CHS’ stock price, overstating profits and income and fraudulently reducing expenses. The suit accused Osorio of personally manipulating the company’s financial statements to show a profit, a practice referred to internally as “Claudio’s magic.”

Osorio and other CHS executives settled the suit for almost $12 million, but admitted no wrongdoing.

In another example, Osorio started a venture in 2002 to sell video game accessories. Two years later, his business partner sued Osorio, accusing him of lying about his intention to fund the venture and mismanaging it. A jury eventually ordered Osario to pay $2.2 million.

Perhaps the strangest allegations against Osorio came in a 2006 lawsuit. In that case, he reportedly made a deal with a company to sell computer terminals overseas. The lawsuit said the equipment was shipped but Osorio never paid up. The company even accused him of trying to steal computer terminals as they sat in port.

As things began to unravel for Osorio, he filed for personal bankruptcy. Court papers filed after Bush left the company show “the Osorios were insolvent on April 25, 2007” – more than six months before he would sign on as a consultant to InnoVida.

The criminal indictment against Osorio said “InnoVida was not financially sound and profitable, and did not generate sufficient profits between 2007 and 2011,” which covered most of Bush’s tenure on the board.

Osorio had more basic problems than aggrieved former business partners and angry shareholders – he couldn’t even pay the rent.

Nine months before Bush joined InnoVida, a judge evicted the company from its factory space, ordering the sheriff to clear everyone from the premises, according to court filings. The judge dismissed the case in June 2008, but gave the landlord the right to take InnoVida back to court if it fell behind on rent again.

Some of Osorio’s closest associates left paper trails that traced back decades.

Craig Toll was InnoVida’s chief financial officer, who would later go to prison for four years for his part in the company’s scam. He was also the CFO at CHS Electronics, where he was accused by shareholders of signing false and misleading quarterly reports.

CHS shareholders leveled the same accusation against executive Antonio Boccalandro. After CHS collapsed, he and Osorio went on to form a holding company called Miami Worldwide Partners, which paid Bush for some of his InnoVida consulting work.

Before Engin Yesil invested more than $8 million in InnoVida and became a part owner, he sold cocaine. He was arrested, pleaded guilty and was sentenced to six years in prison.

As a medical student in the 1980s, future InnoVida board member Harlan Waksal was busted in the Fort Lauderdale airport, accused of trying to smuggle 2 pounds of cocaine. Police said he jammed half of it in his underpants and put the remainder in his luggage. His conviction was eventually overturned after a court ruled he had been illegally searched.

Decades later, Waksal made national headlines when the company he co-founded, ImClone Systems, was rocked by an insider trading scandal that ensnared Waksal family friend and DIY queen Martha Stewart, sending her to federal prison.

Even with all the lawsuits, criminal records and scandals in public view, Bush still joined InnoVida.

It’s not clear what exactly he did for the company as a consultant and how much oversight he provided as a board member. Campbell, the Bush spokeswoman, didn’t respond to questions about his consulting work. When he agreed to pay back more than half his consulting fees, the settlement depended on a nondisparagement clause that kept the details secret.

Court papers show part of his consulting work included “sales and marketing” and that he negotiated a finder’s fee for landing investors in Nigeria, Mexico, South Africa and Florida. Campbell said Bush never collected those fees.

During much of Bush’s tenure, Osorio transferred millions of dollars from InnoVida to Miami Worldwide at a time when InnoVida’s companies were not paying their payroll taxes, liability insurance or rent. InnoVida’s payroll taxes added up to more than $100,000, according to court filings.

Campbell said Bush was not aware of the companies’ tax problems.

He convinced a Tanzanian businessman to invest $2 million to build “floating homes,” a project that sank. He persuaded NBA player Carlos Boozer to invest $1 million in InnoVida and use his friendship with Obama’s assistant, Reggie Love, to score the White House meeting.

Osorio even scammed the government. In 2010, InnoVida received about $3 million from OPIC, a government agency that helps American companies do business in developing countries. Instead of building a manufacturing plant and homes in Haiti after the earthquake, as InnoVida promised, Osario pulled another bait and switch and used the money to pay investors and himself.

As a board member, Bush did have at least a few questions for management. Not long after a company board meeting in 2009, he emailed Toll, InnoVida’s chief financial officer.

“Your offer to send me the cash flow information on the company would be greatly appreciated,” Bush wrote, adding that he’d like to also see the company’s liability insurance.

Toll replied and attached an “unaudited cash flow statement” and told Bush he’d forward the insurance policy as soon as he got it.

Bush never got the audited financials and it appears he never received a copy of the insurance policy, possibly because the company may have never had insurance. Insurance paid for the almost $12 million settlement in the shareholders lawsuit against CHS Electronics, so it may have been difficult for Osorio and Toll to insure InnoVida.

WATCH: A brief history of the Bushes vs. the Clintons

Audited financial statements are routinely relied upon by investors, board members and others to assess a company’s financial health, but Bush never received them.

More than once, Bush said the board needed to see audited financials, but the board never got them, Campbell said. Osorio’s explanations for why they weren’t forthcoming, “seemed plausible at the time,” she said.

Bush was concerned with how slowly the company provided information to the board, Campbell said. When a board member raised additional concerns with Bush, the governor worked to address them in what ultimately culminated in a confrontation between board members and Osorio, she said. Three days after that September 2010 meeting, Bush cut ties with Osorio and InnoVida, citing concerns over how the company was run, according to court documents.

On the way out the door, Bush urged Osorio “to adopt more professional, transparent business practices, including obtaining audits by a national accounting firm,” according to court papers.

The admonition came too late. A few years later, Osorio would be in prison.