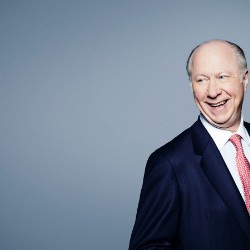 Gergen: The President has turned diversity into a living reality in the West Wing

Editor’s Note: David Gergen is a senior political analyst for CNN and has been a White House adviser to four presidents. A graduate of Harvard Law School, he is a professor of public service and co-director of the Center for Public Leadership at The Harvard Kennedy School. Follow him on Twitter: @david_gergen. The opinions expressed in this commentary are his.

On and off for over 40 years, I have had the privilege of roaming around the West Wing of the White House, usually as a member of the staff, sometimes as a journalist or visitor.

For all that time, almost everything has been pretty much the same – from the configuration of furniture in the oval to the four Norman Rockwell sketches hanging in the hallways.

But this past weekend, making a visit, there was something that was brand new and entirely welcome: There among the stream of visitors touring the West Wing were many families of every color, especially African-Americans. You may not think that is so different, but it is. For as long as I have known, the West Wing has essentially been the preserve of whites, especially white men.

My wife Anne and I, along with 10-year-old grandkids Gabriel Barnett and Maya Gergen, were there for a superb, two-hour tour by a young man, Clay Dumas, once a college intern working with me and now an aide to the President. (He also happens to be white.) Like most staff members over the years, Clay spoke with near reverence about his President as he pointed out many photos of Obama on the walls. What seemed so natural to him was what was what also struck me as new: Photo after photo showed people of color working and meeting their President alongside and of equal standing with whites.

Of course, it didn’t take a visit to the white house to know that Barack Obama has promoted diversity. Still, before seeing up close, I had not appreciated how deeply his approach has permeated day-to-day life. This White House appears to be a model of racial, ethnic and gender integration.

To be sure, earlier presidents had already taken steps down this path. President Bill Clinton was the first to name a cabinet in which women and people of color outnumbered white males. President George W. Bush surprised some when he continued that tradition. But in the West Wing itself, white men continued to dominate the inner circles.

President Obama’s efforts to allocate power in new ways have sometimes raised hackles. That three of the most influential people around him are African-American women isn’t the issue, insist critics sotto voce; rather it is whether two of them, Valerie Jarrett and Susan Rice, are the right people for their jobs. Both have come under periodic barrages. But to be fair, it isn’t as if there hasn’t been a string of white males in the past who have been even less suited for powerful White House jobs.

As I left the White House this past Saturday, I knew that I would continue to grind my teeth over many of President Obama’s policies along with his leadership style. But as a white southerner inspired by the civil rights movement, I must say that I was also impressed and grateful that he has made the West Wing such a welcome home for Americans of every color and background. It’s about time.

I will write my young friend Clay and tell him that one day, accompanied by his grandchildren, he will return to the West Wing and be proud that he served under the first president to turn diversity into a living reality at the White House. That is one of the positive legacies of this President that deserves greater recognition.