Andreas Lubitz, Germanwings co-pilot: The tortuous trail to ‘Why?’ 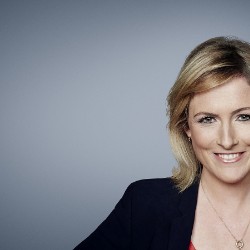 German investigators say he'd been declared unfit to work, but was hiding it from the airline

On the surface, Germanwings co-pilot Andreas Lubitz seemed, in the words of those who had known him, normal, capable, even fun.

But, German prosecutors said Friday, he was clearly trying to hide something in the days before he sent Germanwings Flight 9525 plowing into a mountain, killing himself and 149 others aboard.

The revelation only adds to the myriad questions swirling around Lubitz, 27, whom authorities say deliberately destroyed the plane.

The biggest question of all, still, is why?

That’s the question police were hoping to answer as they searched Lubitz’s apartment.

Police spokesman Markus Niesczery said a team of five investigators went “through the apartment looking for clues as to what the co-pilot’s motivation might have been, if he did indeed bring the plane down.”

They didn’t find a goodbye note or anything directly explaining the crash, the public prosecutor’s office in Dusseldorf said in a statement.

They say it will be a few more days before they can say anything more publicly about what they found.

Outside the apartment, neighbors contacted Friday said they didn’t know Lubitz and are simply flummoxed by all the attention to the quiet suburban neighborhood featuring a handful of businesses, restaurants, running rails and a lake.

Meanwhile, about 85 miles (136 kilometers) away in the town of Montabaur, the house where Lubitz’s parents live was shuttered and guarded by police.

A group of men, perhaps investigators, were the only ones granted access on Thursday. On Friday, there was no activity at all.

’This is just inconceivable’

Montabaur, in western Germany, is where Lubitz pursued his love of flying from a young age.

At a club on the outskirts of town, pilots who knew Lubitz said they were shocked to hear what investigators said.

They said the man they know never would have deliberately crashed a plane.

Between age 14 and age 20, Lubitz was a regular fixture at the gliding club.

“(He was) a very normal young person, full of energy,” Klaus Radke said. “What can I say? He had a bright future. He made his hobby into his job. What more can you hope to achieve?”

The authorities’ explanation doesn’t ring true for Peter Ruecker, another pilot who knew him from the flight club.

“Knowing Andreas, this is just inconceivable for me,” Ruecker told the Reuters news agency.

“He was a lot of fun, even though he was perhaps sometimes a bit quiet,” Ruecker said. “He was just another boy, like so many others here.”

An acquaintance said Lubitz was health conscious. He was a recreational athlete and didn’t smoke.

“I can’t imagine that he was mentally ill, depressed and sad. He doesn’t seem like that,” Johannes Rossbach told CNN. “So I was shocked when I heard that.”

An 8-minute descent to death

Before Tuesday’s crash, Lubitz appeared to have a “clean bill of health,” according to a Germanwings representative.

Then came Friday’s announcement of the discovery of documents revealing an illness that apparently made him unfit to fly a plane – in the eyes of at least one doctor.

Prosecutors didn’t reveal what the illness was, but said the discovery “leads to the preliminary conclusion, that the deceased kept his illness secret from his employer and his professional environment.”

Meanwhile, a Dusseldorf clinic said he’d gone there twice, most recently 17 days ago, “concerning a diagnosis.” But the University Clinic said it had not treated Lubitz for depression.

Lubitz had been with Germanwings, a budget airline owned by Lufthansa, since September 2013 and had completed 630 hours of flight time, the airline’s media office said.

Officials say he passed a psychological test when he was hired, had no known ties to terrorism and showed no sign of medical distress during the flight.

Lufthansa CEO Carsten Spohr told reporters that Lubitz “interrupted” his training, which he began in 2008. That break lasted several months, he said, but added that such an interruption isn’t uncommon.

Spohr said he couldn’t give any information about why the co-pilot had stopped and then restarted his training.

If it was for medical reasons, he said, then that information would have been private before the crash, but it will be part of information gathered during the investigation.

Reuters reported that a German newspaper , Bild, said Lubitz had been treated for depression about six years ago.

Citing internal documents forwarded by Lufthansa to German authorities, Bild reported that Lubitz had suffered a “serious depressive episode” around the time he took a break from his pilot training in 2009, Reuters reported. The Bild report said he then spent about 18 months getting psychiatric treatment. Lufthansa officials and German prosecutors declined to comment on the Bild story, Reuters said.

Most of Lubitz’s training took place at the Lufthansa flight training center in Germany.

He also trained in the United States, spending six months at facility in Arizona as part of a required program to get his license, a Lufthansa spokesperson said.

A former trainer at the facility said the training is “extremely stressful.”

“What made the hairs stand up on my neck in this case is that the co-pilot took some time off during training. For me that is very inexplicable and highly unusual,” Oly Olson said. “Usually the pilot trainees either progress or wash out, I never saw anyone take a break.”

He clarified his remark, saying some people left due to a death in the family.

Spohr said Lufthansa pilots get medical testing but do not undergo regular or routine psychological testing once they are flying. However, the airline does consider an applicant’s psychological state, along with other factors, when hiring pilots, he said.

“We don’t only look at competence but we also give a lot of room to psychological capabilities,” Spohr said.

“He was 100% set to fly without restrictions,” he added. “His flight performance was perfect. There was nothing to worry about.”

Students, singers among the victims