Scott Walker PAC: Jeb Bush is not the only one who can raise money 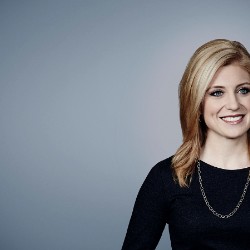 Wisconsin Gov. Scott Walker is on an ambitious mission this spring to scoop up major GOP donors ahead of a likely presidential run and send the early message that former Florida Gov. Jeb Bush doesn’t have a monopoly on the country’s deep-pocketed Republicans – and his backers say his plan is working.

So far the expedition has been successful enough that Republicans not involved with his political effort have noticed, and several GOP operatives in Bush’s orbit conceded to CNN it’s clear a substantial chunk of GOP financiers have taken a liking to him. Walker’s PAC, Our American Revival, provided CNN with a list of names of reliable Republican donors who have already committed to bundle funds for him or contribute significantly to a Super PAC that would be developed to support him should he run. And Republican fundraisers have told CNN donors are lining up to meet with him as he’s rocketing up in the polls.

“The fact that the primaries are a year away means that the Bush team knows that they must keep an eye on Walker’s fundraising efforts,” said Republican strategist Ron Bonjean. “Winning the majority of major donors early on can help fuel momentum for front-runner status and Walker knows his team has to give it everything it has in order to keep Bush from locking them up.”

Bush bounded out of the starting gate and has gathered together a sprawling finance operation drawn from his family’s donor network from the campaigns of George H.W. Bush and George W. Bush over the past 30 years. His political team intends to rake in a massive haul of cash in the first reporting period after launching a campaign, and the perception has taken root in Washington that no other Republican will have the ability to amass a war chest anywhere near the size of his. A top Walker aide said he fully expects a future campaign would be wildly outspent by Bush.

But Walker is working to cast himself as a fresher and more conservative alternative who can appeal to both the mainstream and the party’s right flank. So he’s diving into the country’s biggest financial centers and has met with card-carrying members of the GOP’s well-heeled donor class in Chicago, Los Angeles, Miami and New York. In two weeks he’ll head to Texas Sen. Ted Cruz’s territory to do the same when he’s in Houston to headline the Harris County Lincoln Reagan Dinner on March 28.

When he toured the Chicago financial circuit last week, he came away with a hefty check from Citadel Investment Group founder Kenneth Griffin, a billionaire, who could bankroll a future Walker Super PAC. Griffin has not selected a candidate to exclusively support, according to a source close to Griffin. But Walker supporters were encouraged by the donation, which was described as being “in the low six figures.”

Election law allows potential candidates to coordinate fundraising for Super PACs before campaigns are formalized, so Walker can line up contributors for that purpose now. But when the Wisconsinite asked Griffin for an undisclosed sum, Griffin replied: “That’s all you want?” according to Republicans familiar with the discussion.

The hedge fund manager maxed out to the Republican Party earlier this year. In 2014, he and his wife, Anne, gave $3.6 million to Republican causes, according to the Center for Responsive Politics. He contributed to Romney and the Super PAC created to boost Romney’s campaign in 2011 Restore Our Future, but he didn’t make those donations until later in the cycle – beginning in November of 2011, when the primary competition was well under way.

In California, Florida and New York – all states with large pools of potential donors attractive to candidates – Walker has come away with commitments from millionaires and billionaires who will help him compete financially against Bush.

From California, Walker has a variety of commitments, including real estate mogul John Peck, who donated to Ted Cruz’s campaign account and leadership PAC in September of 2013, exactly one week before Cruz filibustered for 21 hours on defunding Obamacare that ultimately led to the government shutdown. He’s also given to Florida Sen. Marco Rubio, and in the 2012 cycle, he made contributions to Michele Bachmann, Herman Cain and Ron Paul before finally giving to Romney. Developer “Papa” Doug Manchester, the founder of the San Diego Union Tribune who committed to Mitt Romney early in primary process by giving his super PAC $25,000 in the summer of 2011, is now on board with Walker. In 2013, he donated to Rubio and his leadership PAC. San Diego-based Peter Farrell, a philanthropist and the founder of the medical device company, ResMed, will also support him.

Walker has already seen success in Bush and Rubio territory in Florida, scoring billionaire couple Frayda and George Lindemann, who owned the energy company, Southern Union. George Lindemann has given money to candidates on both sides of the aisle and maxed out to Hillary Clinton in 2007 before turning to Romney, but more recently he’s given to Rubio and his PAC. Also with him are Stanley and Gay Gaines, longtime GOP fundraisers who donated to Romney’s Super PAC in 2012; former dairy company executive Marc Goldman, who sits on the Republican Jewish Coalition’s board and gave nearly $90,000 to the pro-Israel American Principles Super PAC in 2012; hedge fund manager Ron Santella, and his wife, Jessica; and financier Thomas Patrick of New Vernon Capital.

Though the state is fertile territory for Cruz and Perry, Walker has made some inroads there, as well, with a handful of longtime Republican donors. Already with him are investment banker Dan Cook, former energy executive Bob Kay and the anti-union Brent Southwell, the CEO of Professional Janitorial Service in Houston. Brothers Jacob and Dan Eberhart, who jointly run the energy company, Canary, and the private equity firm, Eberhart Capital, will also back him; as will business partners Bob Rasmus and James Whipkey, who run energy company, Hi-Crush Partners, as well as private equity firm, Red Oak Capital.

CORRECTION: This item article originally reported that Kenneth Griffin was backing Walker’s potential candidacy. While Griffin donated a sum described by one source as being “in the low six figures,” to Walker’s PAC, a source close to Griffin says he has not selected a candidate to exclusively support. The story has been updated to reflect this point.