Cooking up a storm: The rise of African superfoods

African dishes you need to try

An apple a day keeps the doctor away – but is that enough to keep us fit and strong?

From kale to quinoa to goji berries, more and more of us are constantly on the lookout for ways to eat ourselves healthy.

But as the search for the so-called “superfoods” intensifies, many health food fanatics are now increasingly turning to nutrient-packed products originating from Africa.

The latest craze is the baobab – known as “Africa’s superfood,” the sugar-free fruit is making its way into the mainstream thanks to its high levels of antioxidants, calcium, vitamin C and potassium.

But it’s not just the baobab. For millennia, the continent’s fertile lands have provided a bountiful supply of indigenous plants for food and medicine. Harnessing years of shared knowledge passed down through the generations, savvy foodies with an eye for business are now using local produce to create healthy dishes – and make a fortune in the process.

One of them is Yaganoma Baatuolkuu, a Ghanaian entrepreneur who’s using locally-sourced ingredients packed with nutritional goodness, such as hibiscus and tamarind, to bring a new twist to her offerings.

“There is this new underground movement which was started by the art community,” explains Baatuolkuu, “whereby a lot of the artists are either going vegetarian, vegan, or looking for the way our grandparents used to eat.”

Baatuolkuu’s start-up, called Wanjo Foods, is built on the childhood memories of picking herbs and fruits with her grandmother, who would dry, boil and juice the leaves into their meals. She recalls rarely falling ill. Years later in 2006, inspired by her grandmother’s healthy cooking skills, the enterprising Ghanaian started her company but halted production when she decided to pursue a Masters degree in Scotland. Upon her return home in 2013, constant requests from former clients propelled Baatuolkuu to revive her brand.

Drinks are also getting an African superfoods makeover with products like hibiscus and tamarind being turned into syrups to use in cocktails.
Courtesy Wanjo Foods

“I process some of these indigenous crops, herbs and spices into something that we already know,” says Baatuolkuu, who is constantly researching the medicinal properties of her ingredients and incorporating them into her recipes. “I’m looking at these vegetables that we have one way of eating and I am reprocessing them into another way.”

Baatuolkuu has found success supplying her line of health-conscious juices, syrups and marinades to the hospitality industry – her biggest client, she says, is a local bar that has started incorporating her syrups in to cocktails.

Looking ahead, Baatuolkuu hopes to soon introduce other fruits and vegetables like the baobab to her line.

Rising in popularity, African superfoods are not just staying inside the continent’s borders. Shrewd business minds are taking them out of Africa and putting them in supermarkets across the world. Across the North Atlantic, former Peace Corps volunteer Lisa Curtis has established her business, Kuli Kuli, named after a popular Hausa snack.

Several years ago, while in Niger volunteering, she began to suffer from the effects of malnutrition and soon learned first-hand about the medicinal properties of the local plant, moringa. Following her return to the U.S., the plucky entrepreneur decided to set up a business to offer moringa products at home, while providing a financial avenue for women back in West Africa.

Meanwhile over in the UK, Malcolm Riley, a Zambia-born chef is introducing his beloved homeland’s tastes and traditions to far flung foodies by bringing baobab to British shores. In 2008, he founded his line of African-inspired health products, The African Chef.

Riley says: “The African Chef ethos stems from using fruits such as the baobab fruit … which has twice as many antioxidants as goji berries, blueberries or pomegranates, and it is a sustainable resource. There is also moringa, which is very rich in protein – about 24 antioxidants in it. It’s fantastic for helping malnourished children across Africa.

As well as offering up some of his country’s delicious products, Riley’s passion also extends to a desire to help people back in Zambia, while “trying to create something that had the potential to double their income.”

“Baobab is a phenomenal resource for the African continent,” he says.

It’s this wealth of food, and the tantalizing tastes, that prompted British/Ghanaian filmmaker Tuleka Prah to start documenting popular plates across the continent and offer them up to the world through her online series, “My African Food Map.”

It’s a job most would dream of – eating your way across Africa. The 33-year-old food lover decided to embark on her self-funded culinary adventure after wanting to cook a dish her Ghanaian father used to serve up – kontomire, a coco yam leaf-based stew or soup.

Looking online, she was confronted with unappetizing lumps of green mush.

“I thought it’s a good thing I know what this tastes like,” she says. “I used to take a lot of photos of my food – like everybody does – but then I thought why don’t I try and find (a way) to archive these recipes properly with good pictures to try and transport the flavor of the food to someone who doesn’t know what it is but might want to try it.” 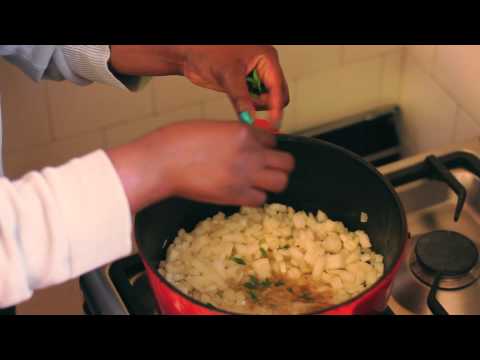 Starting in Ghana, where she had family to stay with, Prah then went to Kenya before traveling down to South Africa. As she heads to each gastronomic destination, she talks to local food enthusiasts searching for the most favored dishes which she then highlights through recipe videos she produces herself.

While Prah’s mission is to make beloved African dishes accessible to foodies around the world, local market sellers also provide her with the products’ medicinal attributes which she confirms before adding them to her blog. 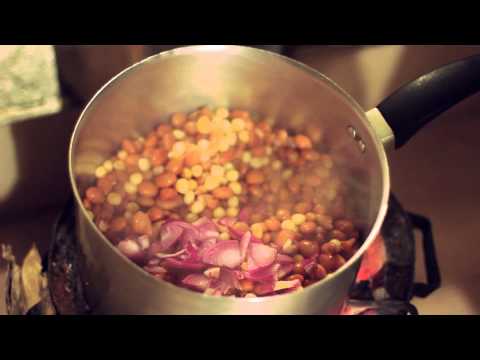 “They are trying to sell it to me so they would say ‘Do you know this is good for you?’ or ‘This vegetable is good if you have hypertension’ and this market seller is giving me health advice!” she laughs. “Then I’d ask the host (I was staying with), or taxi driver more about it and follow up with research online.”

She adds: “(The medicinal aspects) are also more sort of passed down information through generations and then I try corroborate it with other research methods.”

Check out the gallery above to see some of the African dishes photographed by Prah.