"Empire" has seen its ratings grow every week

The music is a big part of the show

If you’re a fan of the hit TV show “Empire,” you will totally get that reference to one of the main rivalries on the series. If you aren’t a fan, you may soon be in the minority. The show has become something of an industry phenomenon, with ratings growing every week.

According to Variety, two weeks before the season finale, which is set to air on March 18, ratings were up 53% from its January 7 premiere in the coveted 18-49 demo and total viewership had risen 45%, from 9.9 million to 14.3 million. Eight straight weeks of growth is almost unheard-of these days in broadcast TV, which has faced fierce competition from cable and streaming services.

But Fox’s “Empire” is doing the damn thing. The show revolves around the character of record label owner Lucious Lyon (played by Terence Howard) and his family, which includes three sons vying to take over his company and an ex-wife who took the fall for him and returns from prison intent on getting what’s hers.

“You’re so beautiful,” Empire, and here are some of the reasons why:

Henson has been in the industry for a minute, and despite critically acclaimed roles in films like “Hustle & Flow” and “The Curious Case of Benjamin Button” (the latter of which earned her a best supporting actress Oscar nomination), her career hadn’t really taken off.

Not so now. Henson has sunk her teeth into the role of Lyon family matriarch Cookie. The character is hard-core and street smart and loves her family fiercely, even as she is also motivated by making money.

The show’s co-creator, Danny Strong, told Entertainment Weekly that fans can thank Henson for the now infamous “Boo Boo Kitty” nickname that viewers have come to love. When Cookie sneeringly calls her ex-husband Lucious’ new lady love, Anika Calhoun (played by Grace Gealey), “Boo Boo Kitty,” you want to yell at the screen, “Get her, Cookie!”

“So, basically Taraji is a genius,” Strong said. “She’s a comic genius, but she’s also an incredibly powerful dramatic actress, and we’re utilizing all that in Cookie.”

Watch for Henson to snag nominations next award season.

Think “Dynasty” and “Dallas” for the 21st century.

It has all the things that make prime-time soaps so delicious: sex, scores to settle, family tensions, violence and did we mention sex?

Set in the world of the music industry, there is plenty of glitz and glamor that is balanced with some seedy, dark underworld shenanigans to keep the plot moving at a pace that has viewers eagerly awaiting the next episode. That’s a feat given how so many audiences have gotten used to being able to binge watch to scratch that “and then what?” itch.

“Empire” has fully embraced everything that makes a modern drama modern.

One of the primary story lines has been about homophobia, as Lucious Lyon and his son Jamal (Jussie Smollett) battle over Jamal revealing he’s gay. It comes amid tons of conversation in this country about gay rights.

Series co-creator Lee Daniels, himself an openly gay man, has said he wants to expose the problem of homophobia in the black community.

“Homophobia is rampant in the African-American community, and men are on the DL (down low, meaning living a double life and sleeping with both men and women). They don’t come out, because your priest says, your pastor says, mama says, your next-door neighbor says, your homie says, your brother says, your boss says (that homosexuality is wrong),” The Wrap reported Daniels saying during the Television Critics Association press tour in January. “And they are killing African-American women. They are killing our women. So I wanted to blow the lid off more on homophobia in my community.”

The music is off the hook

The show has managed to improve on what “Glee” did and succeed at what the now-canceled NBC drama “Smash” tried to do: fully incorporate music into the show and cross over to the actual music industry.

Smollett has been the breakout star in this area. His mellow voice has carried some of the soundtrack’s more popular tunes, including the anthem to individuality, “Good Enough,” which has more than 1 million listens on the streaming music service Spotify. 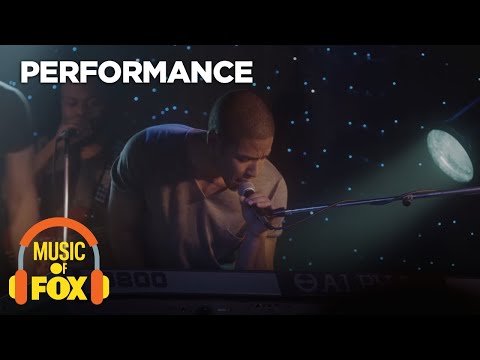 Superproducer Timbaland (best known for work with artists including Jay Z and Justin Timberlake) and his protegee Jim Beanz are responsible for the show’s sound. Beanz told Rolling Stone the music has to be authentic and original.

“One of the things that Tim told me is, ‘If it sounds like something you’ve heard before, don’t do it,’ ” he said.

Of course the show has cashed in on the songs by making them available on iTunes. Fingers crossed for a possible “Empire” tour featuring Smollett and other co-stars including Bryshere Y. Gray, who portrays youngest Lyon son Hakeem and who in real life raps under the moniker Yazz the Greatest.

You could have knocked us over with a feather when Courtney Love popped up on the show.

Love had a bit role on this first season, as has supermodel Naomi Campbell and ’80s actor Judd Nelson. The series has been hyping appearances from music stars like Jennifer Hudson, Mary J. Blige and Patti LaBelle.

Given the popularity of the show, there’s no telling who will pop up on season 2.

The love/hate relationship between Cookie and Lucious Lyon is everything.

They have heat and many fans are rooting for the fictitious couple to reunite. Chalk it up to the longtime friendship between Henson and Howard, who also co-starred in the film “Hustle and Flow.”

Howard told BlackTree TV that he and Henson had to do a “chemistry read” to show that they clicked. The end result has been magical.

“We have so much fun,” Howard said.