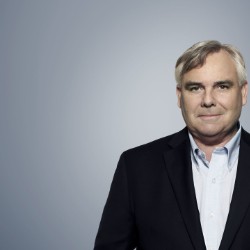 By Ben Wedeman, CNN international correspondent
Updated 8:37 PM EDT, Mon March 9, 2015
PHOTO: AHMAD AL-RUBAYE/AFP/Getty Images
The Shiite fighters fire Howitzer Cannons towards positions on Saturday, March 7 on the outskirts of Ad-Dawr, Iraq.
Now playing
02:40
Iraqi leader: We can crush ISIS without coalition help
PHOTO: Greater Manchester Police
A man from Lancashire who encouraged Islamic extremists to wage jihad in the West, including targeting Prince George and injecting poison in to supermarket ice-cream, has been convicted today (31 May). Husnain Rashid, 32, posted messages online glorifying successful terrorist atrocities committed by others while encouraging and inciting his readers to plan and commit attacks. One of his posts included a photograph of Prince George, along with the address of his school, a black silhouette of a jihad fighter and the message ìeven the royal family will not be left aloneî. His common theme was that attacks could be carried out by one individual acting alone. Rashid suggested perpetrators had the option of using poisons, vehicles, weapons, bombs, chemicals or knives. Rashid uploaded terrorist material to an online library he created with the goal of helping others plan an attack. He also planned to travel to Turkey and Syria with the intention of fighting in Daesh-controlled territories. He contacted individuals he believed to be in Daesh territory, seeking advice on how to reach Syria and how to obtain the required authorisation necessary to join a fighting group. Rashid provided one individual who had travelled to Syria and was known online as ìRepunzelî, with information about methods of shooting down aircraft and jamming missile systems. All the offences relate to Rashidís activities online between October 2016 and his arrest in November 2017. Rashidís trial started on 23 May at Woolwich Crown Court but he changed his plea to guilty on four counts on 31 May. He will be sentenced on 28 June. Sue Hemming from the CPS said: ìHusnain Rashid is an extremist who not only sought to encourage others to commit attacks on targets in the West but was planning to travel aboard so he could fight himself. ìHe tried to argue that he had not done anything illegal but with the overwhelming weight of evidence against him he changed his plea to guilty. ìThe judge will now deci
Now playing
02:00
Man convicted after threat to Prince George
the fall of ISIS_00013506.jpg
Now playing
01:54
Fears of a new frontier in terror
PHOTO: CNN
Now playing
04:32
Mosul survivors search for loved ones
inside a former isis jail in raqqa paton walsh_00001610.jpg
Now playing
02:52
Inside former ISIS jails in Raqqa
PHOTO: ISIS
where is isis leader abu bakr al baghdadi pkg paton walsh_00015316.jpg
Now playing
02:06
Hunting for Abu Bakr al-Baghdadi
raqqa stadium damon lklv_00002813.jpg
Now playing
01:46
ISIS used stadium as prison
PHOTO: CNN
Raqqa,Syria
Now playing
02:31
Walking through the ruins of Raqqa
kidnapped yazidi child raised by american isis fighter damon pkg_00003130.jpg
Now playing
03:06
Kidnapped Yazidi boy raised by American ISIS mother
PHOTO: Gabriel Chaim
Now playing
01:48
Exclusive GoPro footage inside Raqqa conflict
PHOTO: CNN
Now playing
02:40
CNN inside Raqqa, former ISIS stronghold
PHOTO: AP
FILE - In this undated file photo released by a militant website, which has been verified and is consistent with other AP reporting, militants of the Islamic State group hold up their weapons and wave flags on their vehicles in a convoy on a road leading to Iraq, while riding in Raqqa, Syria. Simultaneous attacks on the Islamic State-held city of Mosul in Iraq and Raqqa, the de facto IS capital across the border in eastern Syria, would make military sense: They would make it harder for the extremists to move reinforcements and deny them a safe haven. (Militant website via AP, File)
Now playing
01:25
Why Raqqa matters
Now playing
01:13
How ISIS is evolving
PHOTO: gabriel chaim
Now playing
01:42
Raqqa drone video shows ISIS execution square
(FILES) This image grab taken from a propaganda video released on July 5, 2014 by al-Furqan Media allegedly shows the leader of the Islamic State (IS) jihadist group, Abu Bakr al-Baghdadi, aka Caliph Ibrahim, adressing Muslim worshippers at a mosque in the militant-held northern Iraqi city of Mosul. The Russian army on June 16, 2017 said it hit Islamic State leaders in an airstrike in Syria last month and was seeking to verify whether IS chief Abu Bakr al-Baghdadi had been killed. In a statement, the army said Sukhoi warplanes carried out a 10-minute night-time strike on May 28 at a location near Raqa, where IS leaders had gathered to plan a pullout by militants from the group's stronghold. / AFP PHOTO / AL-FURQAN MEDIA / --/AFP/Getty Images
Now playing
02:38
ISIS leader seemingly breaks silence

Iraqi forces are about a mile from the center of Tikrit

Iraqi forces are closing in on Tikrit and could be days away from retaking the city from ISIS fighters just over a week after launching a major offensive.

In the past three days, forces have progressed roughly 50 miles down one road toward the city and are now about a mile from its center.

The operation is part of a wide-scale offensive to retake Tikrit and Salahuddin province ordered by Iraqi Prime Minister Haider al-Abadi on March 1.

Hadi Al-Amiri, the leader of the predominantly Shiite paramilitary force Hashd Al-Shaabi, said Monday he is confident his men can crush ISIS in Iraq without the help of the U.S.-led coalition.

“We don’t need it and we won’t need it,” said Al-Amiri. “Anyone who puts faith in the international coalition to liberate Iraq is putting their faith on a mirage. The people of Iraq will liberate this country and put an end to ISIS.”

Al-Amiri’s forces appear to be leading the fight for Tikrit, with support from the Iraqi army and Sunni tribesmen. Also assisting: Iran. Iran has provided advisers, weapons and ammunition to the Iraqi government. According to the Pentagon, there may be Iranians operating heavy artillery and rocket launchers as well.

“We thank them deeply for participating with us because Iran has more experience than anyone else on Earth in fighting terrorism,” Al-Amiri said.

The joint effort appears to be paying off as those near the front lines point to signs that ISIS may be fracturing in some areas over the strain of attempting to function as a state.

Reports are emerging of low morale, and U.S. officials said they’re seeing “anecdotal evidence of resentment and even resistance” in ISIS-controlled areas.

In addition to the push for Tikrit, Peshmerga forces south of Kirkuk retook three villages from ISIS in the past 24 hours. About 100 ISIS fighters were killed. In Syria, Kurdish forces have expanded the area they control around the city of Kobani.

After nearly 3,000 coalition airstrikes, the days of freely moving around in large formations, flying black flags and taking territory may be over for the group.

“What we’ve seen is ISIL pushed back both around Baghdad and in that area around Tikrit, just as we’ve pushed ISIL back in the north in the Kurdish areas,” said Deputy National Security Adviser Ben Rhodes, using another acronym for the radical Sunni militant group. “The amount of territory ISSL holds inside Iraq has been shrinking.”

Start here: Latest developments in the fight against ISIS

Tikrit, best known to Westerners as the birthplace of former Iraqi dictator Saddam Hussein, fell to ISIS in June. There have been several failed attempts to recapture the city since the second half of 2014. If Iraq regains control of the city, it could mean retaking Mosul – a city 10 times bigger – is possible.

The offensive involves around 30,000 fighters.

CNN’s Barbara Starr and Sarah Aarthun contributed to this report.