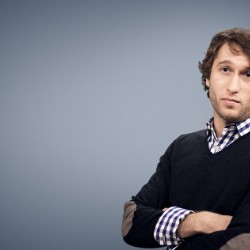 NEW: Police official: At least 54 are killed and 139 wounded

NEW: 3 of the 4 suicide bombers were females, witnesses say

The attack happened in a region terrorized by Boko Haram

More than 50 people were killed and scores wounded in a series of suicide bombings in northern Nigeria on Saturday, witnesses and authorities told CNN.

The blasts occurred in Maiduguri, the capital of the tumultuous Borno state, at the city’s main market, a fish market and a bus station.

Four suicide bombers – three women and a man – carried out the attacks, according to witnesses.

No group immediately claimed responsibility for the bloodshed. But the Islamist extremist group Boko Haram has been behind many similar attacks in northern Nigeria and beyond, killing hundreds in recent months as part of its terrorist campaign to bring its twisted version of Sharia law to the region.

Clement Adoda, a Borno state police spokesman, said at least 54 people were killed and another 139 wounded in the suicide attacks.

Suleiman Bulunkutu said he and others involved in the rescue operation had taken about 50 bodies to the Maiduguri General Hospital morgue.

“This toll doesn’t include those taken to three other hospitals,” Bulunkutu said. “Therefore, the‎ final (death) toll may be higher.”

In the first blast, a woman dressed in a hijab got off a motorized rickshaw and blew herself up outside the Baga Road fish market around 11:20 a.m. (5:20 a.m. ET), fish trader Mohammed Boni said.

The next attack took place about an hour later outside Monday Market, the main one in the city, where people were lined up to go through security. Those measures – in which people are checked for explosives and guns – were set up because of the spate of Boko Haram attacks in the city and region.

Two women joined the female security line, one of whom “blew herself up, causing minimal casualty,” said witness Abdulkarim Musa.

Then, as people gathered to help, the second woman detonated her explosives, said Musa, who was waiting outside the market in the male security line.

The third attack occurred at a bus station.

“He came in our midst near the bus station and pressed a remote device he was holding in his hand,” a wounded survivor who requested anonymity for his personal safety said from Maiduguri General Hospital.

Such attacks, sadly, are nothing new for Borno State, one of those hit hardest by Boko Haram and the Nigerian military’s campaign to stop them.

The terrorist group has not only bombed crowded markets but attacked churches and mosques, raided villages, and kidnapped people young and old – most famously the more than 200 girls taken last April from a school in Chibok.