Nneka: Nigeria’s soul superstar is back - and as outspoken as ever

She combines reggae and afrobeat with powerful lyrics tackling politics, love and forgiveness

Wrapped up in a long brightly-colored scarf, which does little to contain her free-flowing curly hair, Nneka sits back quietly as she tries to bring to mind her very first memory of music.

“I was a kid,” the Nigerian singer finally says, her thoughts traveling back to Warri, the Niger Delta city where she grew up.

“While I was doing my domestic work in the house, sweeping, waking up at 5am in the morning, there was this bird [singing] – and I never forgot the melody,” she continues, breaking a warm smile. “Funny wise, like 25 years later I was in Lagos and I heard the same melody – it was amazing!”

Nneka’s first musical recollection might be firmly rooted in her birthplace, but the award-winning singer’s career was destined to begin thousands of miles away from home – the daughter of a Nigerian father and a German mother, Nneka moved to Hamburg at the age of 19 to study anthropology. Whilst attending university, she also started exploring her musical talents, and soon found herself performing in various clubs opening up for top reggae and hip-hop names.

In 2005, she released “Victim of Truth,” a much-lauded debut that fused soulful beats, tasty hip-hop-and reflective ballads with politically-charged lyrics and black consciousness. Since then, she went on to enjoy further chart success, tour extensively and collaborate with global stars like Lenny Kravitz and Damian Marley.

And now, the soulful singer is back with a brand new, self-released album – “My Fairy Tales” is a formidable collection of rich afrobeat grooves, reggae-tinged beats and uplifting rhythms that reaffirm her place as one of the continent’s most exciting – and relevant – artists.

CNN’s African Voices caught up with Nneka in London to talk about music, memories and the current situation in Nigeria – as well as present her with the questions you sent via the #AskNneka and #CNNAfrica hashtags.

CNN: In the past, you’ve dealt with issues ranging from the environment and politics, to religion and love – what are the themes that you’re emphasizing at this moment?

Nneka: What is happening in Africa at present concerns me a lot. Boko Haram has always been an issue obviously for the past five, six years – funny wise, there’s a track in the album called “Pray For You” which I recorded when not too many people knew what was going with Boko Haram in the West. 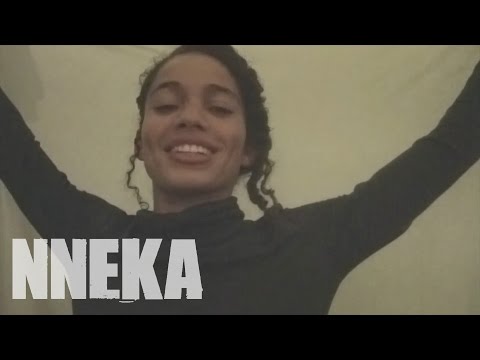 I’m talking about the problems and possible solutions, and what are the reasons for the problems that we have. We as Nigerians, we’re not united, that has always been the issue… that’s our problem, tribalism, and what belongs to whom.

I also talk about children and the future, bringing children into this world… Everyone’s living in a cage and then you bring your child into that kind of society, where your child is forced to live in fear.

People are afraid to express themselves politically, and even in their home – I remember the way we grew up, I didn’t look my father in the eye until I was 22; you call your father “Sir, Sir, Sir” – apparently it’s a form of respect, OK, but respect should not be mistaken with fear. I was afraid and that’s the thing, that’s the colonial mentality: we mistake fear for respect.

Nneka on the postponement of Nigerian elections

CNN: What is the power of music and how can it influence things to bring positive change?

CNN: How do you see the political and security situation now in Nigeria?

Nneka: All I can say is that we do need proper leadership. Yes, that’s just easier said than done, but we also need ourselves to take more things into our own hands – so if we want change, we have to show that we want change, peacefully – I love Malcolm X but I’d rather go for Martin Luther [King] – peacefully. And be part of it, not just blame our leaders and making sure that you, yourself, contribute to the change that you want to see.

#AskNneka How much of the lyrics in your songs are a reflection of what's going on in your personal life? Heartbeat strikes a raw nerve.

Nneka: My personal life always inspires me, in the first place, and then I try to expand it to the world. I try not to go too personal so that people can have their own interpretation of the song and also relate to it in their own special way.

Nneka: I like The Prophet by Kahlil Gibran, I like Things Fall Apart by Chinua Achebe, I like the Bible. Right now I’m reading The Humans by Matt Haig.

Nneka: The way forward is going to be easier said than done, but tribalism is not they key. What we need is unity and to appreciate each other as Nigerians, as Africans, regardless of tribe and regardless of religion – imposing your religion on other people is only going to create war and turmoil, there has to be another way.

Nneka: Being on tour for like five months; I mean you get used to the life, but [it’s hard] when you’re coming back home and then realizing that people move on when you’re not around. 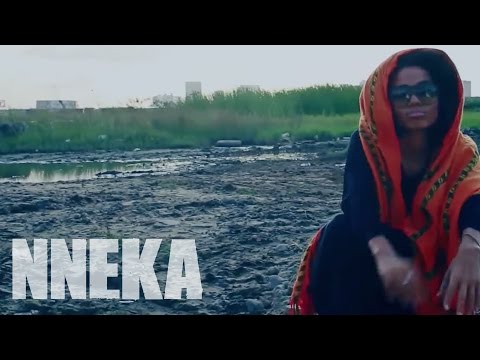