Road rage: Cameras and guns only add to the problem

Most road rage incidents don’t amount to much.

Some shouting. A few harsh words. A rude gesture or two. Everyone gets it out of their system and life goes on.

But sometimes it takes a tragic turn.

Last week in Las Vegas, a mother of four was killed in an apparent road rage case.

Police say Tammy Meyers died of a gunshot wound to the head after a suspect followed her home and opened fire. Meyers and the man argued over a traffic incident earlier in the day.

A study published in the International Journal of Psychiatry in Medicine in 2010 concluded that one-third of the people it surveyed reported road rage.

A 2013 Washington Post poll said the number of drivers who say they feel “uncontrollable anger toward another driver” has doubled from eight years earlier.

A couple of things appear to be making matters worse, much worse: cameras and guns.

In this age of social media, it seems natural to document everything in our lives. But experts say snapping a photo or video of the person you feel has wronged you on the road doesn’t help matters.

Back off from aggressive drivers

Know your driving styleThese are the habits of aggressive drivers:

In a video posted this month to YouTube, a man in Austin, Texas, is seen cursing at a woman and spitting on her windshield after she photographs his license plate. The man was charged with reckless driving and later apologized for his behavior.

Last month, a mother in North Carolina began to videotape another driver she said was acting aggressively.

“This person in front of me is being a real … character right now,” she says on the video.

Moment later, the driver is seen lashing out, banging on the woman’s car window: “You stupid (expletive).”

“You’re taking the chance of shooting footage of someone who’s enraged and could that further enrage them? It’s hard to say … but you’re taking a risk,” said Jeffrey Spring of the AAA of Southern California.

“The most important thing … is to get out of the situation,” he said. “You don’t want to escalate it to that point where there’s someone so enraged where they’re not thinking about what they are doing.”

In 2013, David Kollar was driving on Interstate 75 near Lexington, Kentucky, when he noticed a man driving recklessly in and out of the emergency lane. He pulled out his phone and started shooting video.

First, he tried to get the license plate number, then Kollar pulled alongside to get a shot of the driver.

That’s when the man driving the car rolled down his window and appeared to fire a shot.

No one got hurt, but lesson learned. “I was scared,” he said. “It was a little crazy.”

Late last year, a family in Atlanta narrowly escaped after a driver opened fire, after a roadway altercation. The gunman followed them to a strip mall and started shooting.

The family dog jumped in, taking a bullet for the family.

“They were fired upon and their family was terrorized,” Atlanta police Sgt.Gregory Lyon told CNN affiliate WXIA. “They survived that only to find that their pet is now gone.”

So what can be done about it?

Last year, AutoVantage came out with a road rage survey. It found that drivers in Houston, Atlanta and Baltimore are the least courteous. Portland, Pittsburgh and St. Louis are at the most.

DMV.org offers some suggestions on how to handle road rage.

Back off from aggressive drivers: You can’t control them so give them some room to operate.

And here’s another thing to think about. You never know who’s behind the wheel of the other car.

They might just be having a bad day or maybe have some serious problems.

Or you could find yourself in a situation like the one portrayed in a Georgia public service announcement featuring Evander Holyfield.

An angry man, who calls out a driver who cut him off, finds himself face-to-face with the menacing former heavyweight champ.

The punchline? “Avoid road rage. You never know who you might run into.” 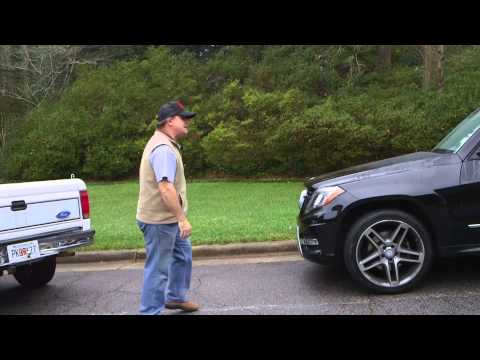