‘Fault in Our Stars’ author: Oops, I didn’t write that quote

Green was selling posters based on the quote

“I’m in love with cities I’ve never been to and people I’ve never met.”

It’s a quote that you may have seen online, attributed to best-selling author John Green. The sentiment is certainly thought-provoking, but there’s one problem: Green never wrote it.

The writer, whose hit book “The Fault in Our Stars” was made into a hit movie last summer, made the revelation in a YouTube video he posted on Tuesday, after only recently having realized what he said was a mistake.

“When I saw the quote, I assumed it came from [my book] ‘Paper Towns,’” he said.

“People kept sourcing it as coming from ‘Paper Towns.’”

The quote originally popped up on the social network Tumblr, which like other social media is a haven of quotes, both real and not-so-real. 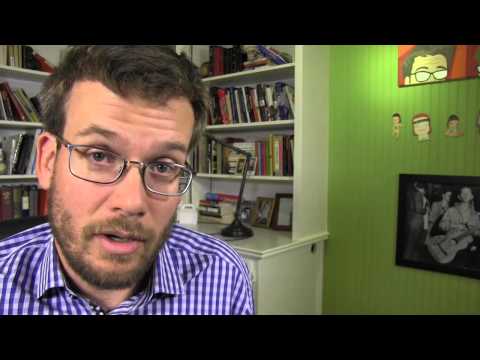 Because of what he says was a mistaken belief, Green sold posters of the quote, attributing it to himself. He said he did not remember writing the line, but he doesn’t remember writing a lot of things he wrote years ago.

In the video, he said, “Instead of blindly assuming something I’d written, something the Internet said I wrote, I should have done some research.”

He was alerted to the fact on Reddit, learning that a teenage fan of his, Melody Truong, had come up with the quote in 2009, and Green was then given credit by many people online as the quote went viral over the years.

Green was upset that Truong was being accused of stealing his quote: “I’m the thief!” he proclaimed.

(Oddly enough, Green said he determined he had never written the line after illegally downloading and digitally searching a copy of “Paper Towns” for the quote.)

Green fell on his sword in the video, and added that Internet culture as a whole is guilty of this sort of thing.

“We do an epically bad job of acknowledging one another’s work and checking our sources.”

Green is retroactively paying royalties from sales of the posters to Truong, who learned about the quote being misattributed a few years ago, but didn’t think much of it.

“They were just little graphics with the quote on top of images, typical Tumblr stuff,” she said.

Once posters of the quote were sold, “I felt a bit hurt,” said Truong, who is now 18.

Truong tried to reach out to Green to no avail, but last week her friend posted about it to Reddit and Green responded.

“I’m still in a state of shock about the situation, actually,” she said.

“I never expected any of this to happen. I’ve always looked up to John Green as a role model. I know that if this happened to me with another person or company, nothing of this caliber would have occurred. He is the prime example of a wonderful person.”

Attempts to reach Green through his publicist were not answered.