Can Jeb Bush escape his brother’s legacy in Iraq? 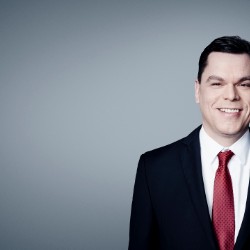 But Obama missteps could help GOP

Another Bush is confronting the seemingly endless challenges of Iraq.

Nearly 25 years after his father launched the first Gulf War and almost 12 years after his brother began a much more contentious sequel, it’s Jeb Bush’s turn to articulate his vision of America’s approach to the Middle East – and Iraq in particular. How he responds will have big implications for his White House ambitions.

On Wednesday, he delivered his first foreign policy speech since signaling his serious interest in running for president next year, laying out “how America can regain its leadership in the world.”

The remarks come as the United States is again being drawn back into the Middle East, including Iraq, to combat the brutality of the Islamic State. The speech offered Bush a chance to show whether his national security views align more with the swaggering interventionism of his brother or the cautious internationalism of his father.

Related Video Bush: 'This administration talks, but the words fade'

Democrats are vowing to tether him to the controversial decisions of his brother, President George W. Bush, who they blame for starting a war in Iraq on false pretenses and for presiding over a disastrous occupation that cost trillions of dollars, thousands of U.S. and Iraqi lives and destabilized the region.

The challenges of addressing his family’s foreign policy legacy are clear to Bush, who is already trying to defuse them.

“I love my father and my brother. I admire their service to the nation and the difficult decisions they had to make,” Bush said Wednesday. “But I am my own man – and my views are shaped by my own thinking and own experiences.”

But he also projected them as a strength, calling himself “lucky to have a father and a brother who have shaped America’s foreign policy from the Oval Office.”

Bush is wading into foreign policy at a crucial time, when it appears that public opinion on issues of war could be shifting.

A new CNN poll shows that Obama is beginning to pay a price for the lurid execution videos posted by ISIS and the group’s widening footprint through the Middle East and North Africa. Disapproval of Obama’s management of the ISIS crisis has climbed from 49% in late September to 57% now, potentially providing an opening for Republicans to push for tougher foreign policy.

But Bush is nevertheless likely to find himself pulled into a debate over conflicts initiated by George W. Bush that still vex U.S. policymakers and remain an open wound in American politics.

Democrats insist they won’t let Bush get away with his pledge to not re-litigate old wars.

“If you thought George Bush’s foreign policy made the world less safe, then you’re going to really hate Jeb Bush’s approach,” said Mo Elleithee, communications director of the Democratic National Committee. “Even with the benefit of hindsight, he’s one of the few people left who still stands by the decision to rush into a war in Iraq based on false information, even when it took resources away from the hunt for al Qaeda in Afghanistan. And he’s made it pretty clear that if he had his way, we’d still be in Iraq and staying there indefinitely. “

Democrats believe George W. Bush created a mess abroad and voters will not buy attacks on President Barack Obama by his brother.

“The bulk of what we know of Jeb’s foreign policy experience is his steadfast refusal to criticize his brother when his brother was in office,” said Ben Ray of the progressive PAC American Bridge. “On Friday, I think you saw him take an unsustainable position. That is not how presidential politics works.”