Jon Stewart: The voice of my generation – and yours

By John D. Sutter, CNN
Updated 10:37 AM EST, Thu February 12, 2015
Link Copied!
Ad Feedback
Jon Stewart, whose wit has defined "The Daily Show" for more than 15 years, will sign off the iconic Comedy Central program on Thursday, August 6. Here's a look at some memorable moments of Stewart's storied career.
Rick Kern/Getty Images for Comedy Central
He started as a stand-up comedian in New York, eventually becoming a regular on HBO's "The Larry Sanders Show." He is seen here as a guest on a 1993 episode of "Late Night with Conan O'Brien."
Lesly Weiner/NBCU Photo Bank/Getty Images
Stewart soon caught the attention of MTV executives. In 1993, he co-hosted the network's Third Annual Rock N' Jock B-Ball Jam.
Jeff Kravitz/FilmMagic/Getty Images
As a precursor to his Comedy Central gig, Stewart got familiar interviewing celebrities on "The Jon Stewart Show," a short-lived program he hosted on MTV in the '90s.
The LIFE Picture Collection/Getty Images
For more than 15 years, Stewart made "The Daily Show" must-see TV by injecting humor and witty criticism into his coverage of current events.
Corey Sipkin/NY Daily News Archive/Getty Images
In 2005, Stewart (pictured with CNN's Anderson Cooper) was included on Time magazine's list of the Time 100: The Most Influential People In The World.
Paul Hawthorne/Getty Images
Stewart, who started his career in stand-up, helped comedians like Stephen Colbert, John Oliver and Steve Carell gain national notoriety though their appearances on "The Daily Show."
Monica Schipper/Getty Images
In 2010, Stewart and fellow Comedy Central host Stephen Colbert hosted the Rally to Restore Sanity and/or Fear on the National Mall in Washington. The event was attended by thousands and featured a mock debate and musical guests.
Patty Gaffney/CNN
In 2010, President Barack Obama became the first sitting president to appear on the show. He has appeared on the show six times over the course of his political career.
JIM WATSON/AFP/Getty Images
In 2012, Stewart and Fox News' Bill O'Reilly "competed" in a mock debate called the "Rumble in the Air-conditioned Auditorium." Their jousting topics ranged from health care to entitlement spending, from Christmas to government counting of calories.
Jamie McCarthy/Getty Images
Stewart hosted the 2013 MusiCares gala honoring fellow New Jersey native Bruce Springsteen. Stewart has credited the Boss with making him feel less like a loser.
Larry Busacca/Getty Images
In 2013, Stewart took a 12-week hiatus from "The Daily Show" to make the film "Rosewater," his directorial debut. Released in 2014, the movie tells the story of journalist Maziar Bahari, far left with Tom Ortenberg and Stewart, and his 2009 imprisonment in Iran.
Robin Marchant/Getty Images
"The Daily Show" staff has won 20 Emmy Awards collectively, including outstanding writing for a variety series and outstanding variety series.
Frazer Harrison/Getty Images

Editor’s Note: John D. Sutter is a columnist for CNN Opinion and creator of CNN’s Change the List project. Follow him on Twitter, Facebook or Instagram. Email him at ctl@cnn.com. The opinions expressed in this commentary are solely those of the author.

John Sutter: Jon Stewart is the voice of millennials as well as baby boomers

But hopefully this will usher in a more-diverse era of American satire, Sutter says

I’ll give you two hints:

And isn’t it incredible that someone that age – or, anyone of any age, really – could become the countercultural voice of multiple generations, from the millennials to the boomers.

Stewart announced on Tuesday his departure as host of Comedy Central’s “The Daily Show.” Incredibly, he’d recently started his 17th year on the show. In his signature Gen X-adjacent style, he joked that that was the longest he’d held any single job – “by 16 years and five months.”

It’s not like Stewart’s dead. Or even gone from the show yet. That may not happen until later much later this year, he said. I feel no need to eulogize him. But the thought of nightly cable TV without him is a bit stunning – for me, age 32, and for people of all ages, really, who get frustrated with the stilted earnestness of old-timey news programs, and who, likewise, are turned off by televised shouting matches and hype.

He’s a transcendent figure, in that sense.

Someone who makes sense to the Snapchat set.

And someone my dad might talk about over a round of golf.

He’ll be missed by everyone but the 2016 Republican candidates.

On Wednesday morning, I asked my Facebook friends and followers what he meant to them. Several, including a former classmate, said he helped them process the 9/11 terrorist attack. “(W)hen I was a terrified college freshman on 9/11, Jon Stewart’s was the voice that made sense,” wrote Chelsea Samuel.

A Facebook user identified as Daniel Thomas Bailey posted a photo of Stewart visiting his base in Afghanistan a decade later, in 2011.

“His news is honest. He’s honest,” wrote a woman identified as Samina Hope. “Which is so incredibly rare in this world now. He has a genuine heart for humanity. His broadcast of a little girl with autism who he afforded the opportunity to sing with Katy Perry, will forever bring tears to my eyes.”

The satirical form Stewart pioneered will, of course, live on. It may well survive in Stewart’s own work. In his farewell, Stewart said he was going to spend time eating meals with his family – “who,” he said, “I have heard from multiple sources, are lovely people.”

He also left open the idea that he could work again.

But the form surely lives on in his impressive cast of alums. 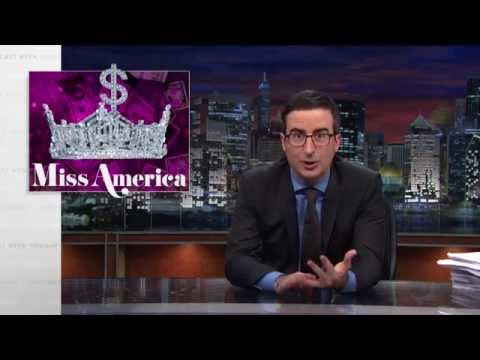 This is sharp investigative journalism, made funny and relevant.

Stephen Colbert, meanwhile, is about to get a higher profile on the “Late Show,” and we can only hope that he makes that program a little edgier and more interesting than it was under the sleepy-eyed watch of David Letterman.

Plus, there’s always an upside to change.

I hope that Stewart’s departure from “The Daily Show” may usher in a new era – in which the viewpoints of a younger generation are represented not just by old-ish white men but by actual younger people. Hopefully, too, the post-Stewart era will include more women, more racial minorities and more LGBT people.

This country laughs with Stewart, Oliver and Colbert.

We love them. But they don’t really represent all of us.

Those critiques will have their day, surely.

Today, however, I think it’s important to celebrate the political satire that Stewart ushered in. We’ve all gotten a good laugh out of it.

And, importantly, our democracy is better for it.

Stewart, after all, wasn’t just in it for the jokes. He asked tough questions of politicians. Found ways to make uninterested people care about politics.

And he did it with a zany, effortless wit.

Instead of a “moment of zen,” the odd-ball segment that usually concludes “The Daily Show,” I’ll leave you instead with this clip of Stewart’s farewell to his live audience.

When you hear the crowd moan, that’s because they realize, too, that he was the voice of so many generations.

And, thankfully, his was a voice that didn’t take itself too seriously.