Though trendy on the street, offices still discourage natural hair

Some start relaxing their hair as young as 3

In Abidjan, hair can be a contentious topic. Many Ivorians are persuaded to eschew their natural hair in favor of chemical straighteners, wigs and extensions. Afros and dreadlocks are rarely depicted on local television, and those that wear their hair naturally can be shunned from their offices.

“I have one friend who has natural hair, and she has to wear a wig to work. They will not even let her inside the building with natural hair,” says Azi Oyourou, founder of Re-Zen Up, one of the few salons in the capital that specializes in natural hair styles.

The tide is slowly starting to turn, however, thanks in part to the efforts of a community movement, Nappys de Babi.

The group currently hosts bi-monthly meet-ups where participants exchange stories and tips on how best to care for natural hair.

“My hair was breaking and one day I just decided to clip it. It was something I just did for myself with no motivation to start a movement,” says Mariam Diaby, the group’s founder.

“When I started the group, I just started with three or five friends who were wearing their hair natural. We added another friend, and another, and in three months we were about 200. Today we are a group of 8,500.”

Since then, the movement has become mainly one of encouragement (Daiby has reappropriated the word “nappy” to be a mash-up of “natural” and “happy”, while Babi is shorthand for Abidjan). Earlier this year, members around the world sent in clips of themselves dancing to Pharrell Williams’ “Happy.” 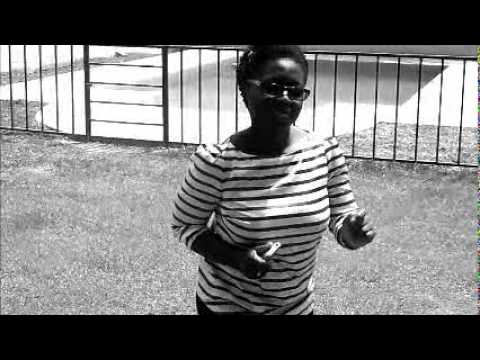 Still, those embracing their natural locks continue to face resistance from the community at large.

Bibi Gnagno writes a blog on the subject and has launched a natural hair consultancy and product line in Abidjan. American-born, the Ivory Coast transplant was fascinated with local perceptions of natural hair so much that she’s in the process of filming a documentary, titled “Is that (all) your hair?”

Gnagno has interviewed dozens of women about their attitudes regarding their hair.

“I ask women, ‘Now that you’ve gone natural, what comments do you get?’ For some of them, it’s: ‘What’s wrong with you? Do you not have enough money to go to a salon? Did your husband leave you? Go get a perm,’” she says.

“It’s starting to change slowly but surely, but it’s not as rampant as it is in the States. But it’s on its way,” she adds.

There is also still a lot of misinformation about what’s involved in caring for natural hair. Many locals concede that the knowledge has been lost, no longer passed down from mother-to-daughter.

“It’s strange, because in Africa, people are supposed to know their own hair, but we don’t most of the time,” notes Oyourou, who says that girls start using relaxer as early as three-years old.

Gnagno says reasons for this could be myriad. The media could play a role, as could the colonial legacy (the Ivory Coast was a French colony from 1843 to 1960).

“Under colonization a lot of things happen. You want to get closer to the colonizer because that’s the person that holds the power, so you let go of a lot of things that resemble your culture,” she surmises.

As to why the time is suddenly ripe for a natural hair movement, Oyourou ties it to a larger trend of national pride.

“In the past few years, more people want to know about their traditions and what they have,” she says.

“You see this with people who have been studying in France or the UK. When they come back, some people ask them, ‘Why did you come back? You should have stayed there.’ But the people that came back love their country. They want to develop their own country and learn more about it, and this is the same mind set that’s made it possible for people to change their hair.”

Mainly, though, the movement is about empowerment, says Gnagno, and about making women (and some men) feel better about themselves.

“I think hair and self esteem are linked. I know my own self-worth as a black woman has been linked to my hair and I developed more self-confidence when I started wearing it natural,” she says.

Read: Why are 100 rhinos about to board a plane?