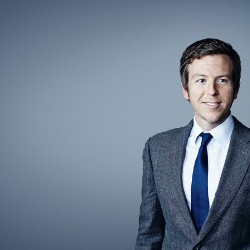 These were the sub-zero conditions that roughly 500 reform-minded activists faced as they marched south from Dixville Notch, down the roads and highways of the frozen-over Granite State last month. No cars, no heaters, no stopping — except for an emergency peanut butter sandwich. They slept in the homes of supporters, in public libraries, in church basements and in a camping lodge nestled on the nape of Mount Washington in the state’s picturesque north country.

They converged in Concord on Jan. 21, marking the fifth anniversary of the Citizens United Supreme Court ruling.

You probably didn’t hear about the marchers of NH Rebellion because their cause — campaign finance reform — has been left for dead by lawmakers and opinion elites of Washington. In the aftermath of Citizens United and McCutcheon vs. FEC — landmark Supreme Court decisions that gutted the McCain-Feingold campaign finance regulations — the chances of Congress passing new laws to clamp down on money in politics seem dim at best.

But Lawrence Lessig, the Harvard law professor, policy thinker and internet-famous political activist, wants to change that. In 2013, he started NH Rebellion — a “cross-partisan movement,” in his words — “to end the system of corruption in Washington.” This January’s bitter-cold 10-day walk across the state was the group’s second. The final one will happen next year, on the eve of New Hampshire’s all-important presidential primary.

“We have to put this issue on the table because the politicians won’t talk about it otherwise,” Lessig told us after his third day of marching in the frigid north. “What has happened is that this concentration of influence has made it impossible for the government to actually function for either issues on the right or on the left. It is corruption, because the framers intended for our government, as Madison put it, to be dependent on the people alone. We have a system where these members of Congress spend 30-70% of their time raising money from the tiniest fraction of the 1 percent.”

Lessig eschews the term “campaign finance reform.” He prefers “corruption.” Money determines who wins primaries, who wins elections, who gets hired, who has a say in Washington and what laws get passed. From the seeds of a campaign to that final cushy job on K Street, everything has a price.

His cause may seem whimsical, especially in the wake of the 2014 elections, when Lessig formed his own “crowd-funded SuperPAC to end all SuperPACs” — MayDay PAC — to help elect politicians to take on the issue. Of the eight candidates they endorsed, only two won, including one entrenched Republican incumbent who was going to win anyway. “How To Waste $10 Million,” was the headline of a Politico post-mortem about MayDay’s 2014 effort.

Lessig, though, says the outcome should not diminish the importance of the matter. “We did a poll last year and found 96% of Americans wanted to reduce the influence of money in politics, but 91% did not think it was possible. It’s not that people are bored by the issue. People desperately want to change the corrupting influence of money, but they don’t see how.”

New Hampshire was a prime target for the march, and the movement. The state’s presidential primary gives it a huge say in national politics, and it’s modest size means that grassroots politics is alive and well here.

The NH Rebellion march, was inspired by Doris “Granny D” Haddock, a New Hampshire native who began a cross-country march for campaign finance reform in 1999 at the age of 88. It took her over a year to complete. When John McCain ran for president in 2000, he adopted Granny D’s cause as his own, tapping into a groundswell of anxiety about special interests in Washington riding a reform message all the way to a smashing 18-point win over George W. Bush in that year’s New Hampshire primary.

A candidate running in 2016 might be smart to do the same. As few as 200,000 voters could participate in the primary, so a few thousand votes could mean everything in a crowded field of candidates.

“If 50,000 voters in New Hampshire made this a central issue, then presidential campaigns would begin to notice that the difference between winning and losing in New Hampshire will turn on where they stand on this issue,” Lessig said. “If we can achieve that in New Hampshire then there is a possibility that this will spread around the country as well.”