Dr. Jack Wolfson preached against vaccines in the media

On Wednesday, he fell silent, would not take a reporter's questions

He calls measles ‘benign.’ If you vaccinate your child, he calls you a bad mother. And he says our children “have the right” to get infections.

He has given a medical face to the anti-vaccine movement – eagerly stepping in front of TV cameras to beat up on vaccines and make light of the dangerous diseases they help prevent.

During the recent upsurge of measles cases, he’s been a frequent presence.

E-mails and phone calls went unanswered. And Wednesday, when a CNN news team showed up at his practice, someone called the police.

Confronted in the parking lot, Wolfson turned his back to the camera.

It may have something to do with the investigation that the Arizona Medical Board has opened against him.

Parents following advice like those Wolfson gives are at the core of the U.S. outbreak, which is infecting mostly unvaccinated children.

And some doctors have advocated that medical licenses be revoked for recommendations like his.

The board says it’s received two complaints and is investigating. But it wouldn’t disclose the nature of the complaints.

“Can we talk about the investigation?” CNN’s Kyung Lah asked Wolfson Wednesday.

“Are you changing your opinion about vaccinations?” she asked.

Wolfson trained at Chicago College of Osteopathic Medicine, then did residencies in internal medicine and cardiology.

He sells himself as a traditional cardiologist who turned away from his practice in disappointment.

“For years I practiced like any other cardiologist using pharmaceuticals and dangerous procedures. I became disenchanted with conventional medicine,” he said in a promotional video.

Instead of antibiotics, he’s likely to prescribe sleep, good family relationships and an organic diet.

His anti-vaccine stance stems from his views on putting chemicals in our bodies.

“What I am opposed to is that we are injecting chemicals into our children,” Wolfson said, when he recently appeared on CNN’s Erin Burnett OutFront. “This is aluminum, mercury, sometimes aborted fetal proteins. There’s antibiotics in there.”

Some of that’s correct, the CDC has said in its list of vaccine ingredients. But it’s not worth worrying about.

For example: A common aluminum compound found in many vaccines – aluminum hydroxide – is also the active ingredient in antacid tablets.

And some of it’s wrong: Trace amounts of a mercury compound used in adult vaccines, is now absent from almost all pediatric formulas, the CDC has said.

And vaccines have proven very safe for decades. They save lives and preserve health, the CDC said.

Before a vaccine was introduced to prevent measles, the United States had up to four million cased per year, the CDC says. Thousands were left with serious impairment like deafness or permanent brain damage.

Up to 500 people died back then each year.

Wolfson has delivered some shocking statements during the current measles outbreak, which he approves of. Better to get the disease than the vaccine, he’s said.

He called measles “benign.” The fact that some people die is unfortunate but par for the course. “Bad things can happen to anybody. We can be in a car accident; we can be in a toaster fire,” he said.

“We should be getting measles, mumps, rubella, chicken pox, these are the rights of our children to get it,” he told the Arizona Republic.

It’s nature’s way of building resistance; vaccines are unnatural, he has said.

Wolfson would be willing to take the death of another parent’s child into account to uphold the right not to vaccinate his own.

On his YouTube channel, Wolfson makes light of measles with a video from a black-and-white TV show that apparently aired in 1959 before a vaccine was available.

Its message, delivered as quotes from the characters: “It’s not serious.” “It’s kid’s stuff.”

Measles, Back In The Days Before The Marketing Of The Vaccine 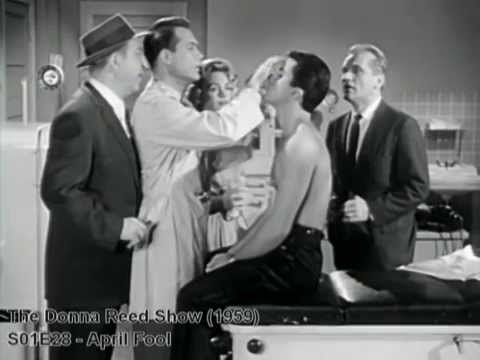 “They are doing active harm,” said Dr. Peter Lipson, a practicing internist, who has urged state medical boards to investigate and pull the licenses of physicians like Wolfson.

“As physicians we are supposed to do no harm. These doctors are creating harm. They are promoting the spread of infectious diseases, which we should have wiped out by now.”

Tell that to Wolfson’s patients.

Outside his office, the parking lot was full Wednesday.

His office told CNN his schedule is packed with patients – seeking the doctor’s medical advice.