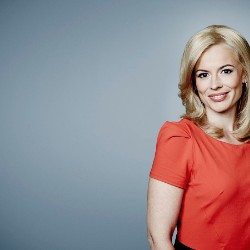 Federal investigators have been looking into the Michael Brown shooting

A federal investigation has not found enough evidence to charge Darren Wilson with the federal crime of depriving Michael Brown of his civil rights, according to multiple sources familiar with the investigation.

The FBI has completed its investigation into the August shooting in Ferguson, Missouri, and sent the findings to the Justice Department, a law enforcement official and a separate U.S. official said Wednesday.

Justice Department prosecutors will not recommend civil rights charges against Wilson, who killed Brown, because there is not sufficient evidence to support charges, a U.S. official told CNN.

A grand jury decided not to indict Wilson on state charges in November.

PHOTO: Cristina Fletes-Boutte/St. Louis Post-Dispatch/Getty Images
Police officers walk past the smoldering remains of a beauty supply store in Ferguson, Missouri, on Tuesday, November 25. Ferguson has been struggling to return to normal since Michael Brown, an unarmed black teenager, was killed by Darren Wilson, a white police officer, on August 9. The grand jury did not indict Wilson in the case, prompting new waves of protests in Ferguson and across the country.
Related Gallery Ferguson reacts to grand jury decision

If Holder decides, based on prosecutors’ recommendation, not to press federal civil rights charges against Wilson, that could rile things up yet again. Antonio French, a St. Louis city alderman who has been involved in the Ferguson protests, thinks some people will be disappointed, at the least.

What are the Brown family’s options?

Ultimately, the decision will be made by Attorney General Eric Holder, who has said he will announce a decision before he leaves office, which is expected to be by spring.

Benjamin Crump, an attorney for Brown’s family, declined to comment on the news Wednesday.

“The family of Michael Brown Jr. will wait for official word from the Justice Department regarding whether or not any charges will be filed against the police officer who shot and killed him,” Crump said in a written statement. “The family won’t address speculation from anonymous sources.”

Legal experts have long noted that a federal civil rights case against Wilson would be more difficult to prove.

“The bar is extraordinarily high,” said Joey Jackson, a criminal defense attorney and legal analyst for CNN’s sister network HLN. “You have to show an intentional deprivation of a civil right.”

Given how difficult it is to prove intent, and also how many conflicting accounts emerged from the grand jury investigation, “it would be very difficult to move forward federally with a civil rights charge,” Jackson said.

If no federal charges are brought against Wilson, who resigned from his position as a Ferguson Police officer in November, some people in the area will be disappointed, said Antonio French, a St. Louis city alderman who lives near Ferguson.

“I think you have a lot of people who will be disappointed if this does turn out to be the case. The community and the family wanted a day in court, an opportunity to see all the evidence laid out, cross-examined,” French said. “And it looks like that’s not going to happen. I hope we don’t have any violence as a result of this.”

Violent protests erupted in Ferguson after the grand jury’s decision not to indict Wilson in November. Police are still searching for suspects accused of looting.

“People have a right to protest. We will probably continue to see that. That’s a good thing. But we want to keep them peaceful, nonviolent,” he said. “Because violence makes the situation worse. It divides the community in a time we need to come together and make everyone feel like they can get equal protection.”

Ultimately, he said, some of the protesters’ goals can be achieved outside the courts.

“The next steps I think are legislative change,” French said, “trying to make sure that in cases like this we get a special prosecutor by law, and to create a new level of civilian oversight over police departments.”

In his State of the State speech on Wednesday, Missouri Gov. Jay Nixon said addressing “the broader, systemic issues” raised by the unrest that followed the killing of Brown would demand “sustained effort.”

“The legacy of Ferguson will be determined by what we do next … to foster healing and hope … and the changes we make to strengthen all of our communities,” he said.