A timeline of the Charlie Hebdo terror attack

Attackers force their way into the Charlie Hebdo offices in Paris on Wednesday; 12 die in all

On Thursday, a gunman fatally shoots a police officer in Montrouge

On Friday, three suspects are killed in two standoffs with police

The attack Wednesday on the Charlie Hebdo offices in Paris touched off three days of terror in France as authorities staged an intensive hunt for the suspects. On Friday, security forces killed two suspects in the magazine attack who were holed up in a building north of Paris. At the same time, security forces stormed a kosher grocery store in Paris where a man suspected of killing a police officer had taken hostages. The suspect was killed and four hostages were found dead while others fled safely.

About 11:30 a.m. Wednesday, according to the French newspaper Le Monde, gunmen dressed in black and wearing bulletproof vests forced their way into a building two doors down from Charlie Hebdo, asking where to find the magazine.

They then headed to the correct building, where they killed an officer on security detail, officials said. They later encountered a Charlie Hebdo cartoonist who was on her way out of the building and demanded she lead them to the offices. Once there, she was told to enter a security code to open its fortified door, according to the newspaper.

The gunmen barged in during a lunchtime editorial meeting, separating men and women and calling out the names of employees they intended to kill, said Dr. Gerald Kierzek, a physician who treated wounded patients and spoke with survivors.

He described the gunfire as a precision execution.

The gunmen said they were avenging the Prophet Mohammed and shouted “Allahu akbar,” which translates to “God is great,” Paris Prosecutor Francois Molins said.

Some workers managed to flee to the rooftop and record video as the attackers left and fired on police. 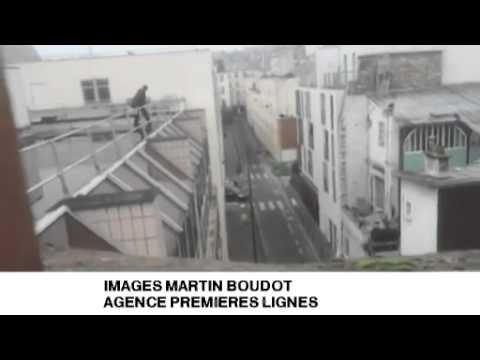 A short time later, the gunmen opened fire as a police car blocked their way. More than a dozen bullets were shot into the patrol car. The attackers escaped.

The gunmen drove a few more blocks before encountering an officer along a Parisian boulevard. They executed him on the sidewalk.

An eyewitness video shows a gunman shooting a police officer and driving away. http://t.co/LILudVXzlV #CharlieHebdo pic.twitter.com/HBYEWZscqn 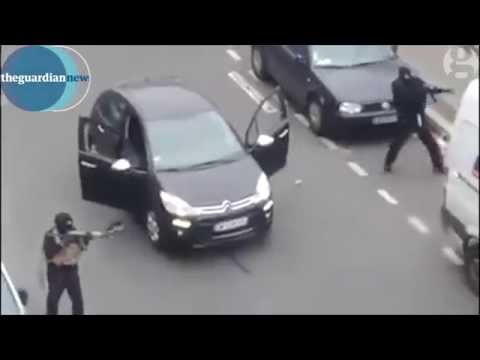 In all, 12 people died the attack.

Thousands of Parisians took to the streets Wednesday night and held a defiant vigil for the victims. 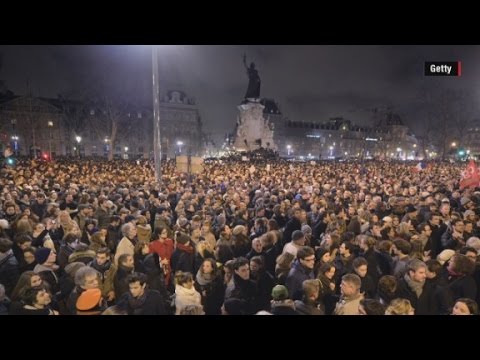 Social media responded to the terrorist attack with “Je suis Charlie,” or “I am Charlie.” The show of solidarity with Paris and the satirical newspaper went viral in a multitude of languages. 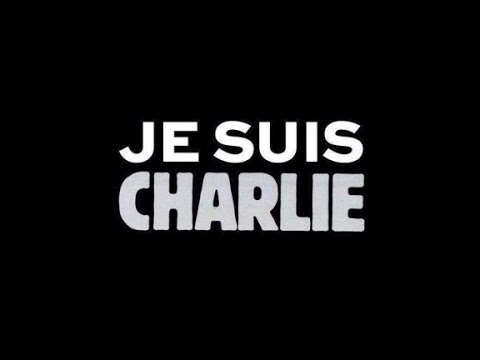 People worldwide react to the attack at the #Paris office of satirical magazine #CharlieHebdo: http://t.co/fdh2UibGfT pic.twitter.com/Nl0Vcv7XCp

Late Wednesday, one suspect in the attack, 18-year-old Hamyd Mourad, turned himself in to police, a source close to the case told the AFP news agency. He did so after seeing his name mentioned on social media, the source said.

Report: Suspect in Paris attack turns himself in 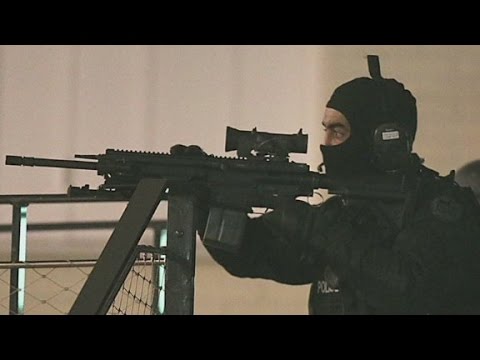 Heavily armed police fanned out across the country overnight searching for the two other suspects in the attack, who would be later identified as Cherif Kouachi and Said Kouachi, brothers known to French and international intelligence.

As that search was ongoing, people dressed similarly to those in the Charlie Hebdo attack – all in black and wearing bulletproof vests – shot a female police officer in the Paris suburb of Montrouge. She later died.

Meanwhile, in northern France, a gas station attendant near Villers-Cotterets reported the Kouachi brothers stole food and gas from the business, leading to a massive manhunt there.

Armed officers, some in helmets and carrying shields, searched fields and forests as helicopters with night-vision optics buzzed overhead.

French Prime Minister Manuel Valls raised the terror alert level in the Picardy region to the highest level as it became the focal point in the search.

Police and French special forces troops surrounded a building in Dammartin-en-Goele, about 40 kilometers (25 miles) from Villers-Cotterets, believing the Kouachi brothers were inside.

A member of France’s parliament told French channel ITele the two suspects told police they wanted to die as martyrs.

Many area schools were placed on lockdown, shops were told to close and residents were told to stay inside, the mayor’s media office said.

A new front in the crisis opened Friday afternoon when a gunman entered a kosher store in the Paris suburb of Porte de Vincennes, taking people hostage, according to a police union spokesman. The gunman is believed to be the same man accused of shooting the police officer Thursday in Montrouge, Alliance Police Union spokesman Pascal Disant said.

In Dammartin-en-Goele, the move by security forces on the building where the Kouachi brothers were hiding ended with both men dead, according to district Mayor Bernard Corneille.

In the supermarket standoff, suspected hostage-taker Amedy Coulibaly was killed in the operation and some police officers were injured, Disant said. Four hostages were killed and 15 survived, according to Israeli government sources who characterized a phone conversation between Israeli Prime Minister Benjamin Netanyahu and French President François Hollande.

Authorities search the country for Boumeddiene.

Al Qaeda in the Arabian Peninsula claimed responsibility for orchestrating the attack on Charlie Hebdo, the founder of the magazine The Intercept, Jeremy Scahill, told CNN. CNN has not independently confirmed this claim.