Woman who saved relatives from Ebola coming to U.S. for nursing school 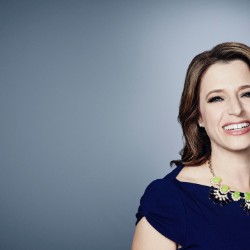 She protected herself using trash bags, rubber boots, gloves and a mask

Her protection method is being taught to others in West Africa

A young Liberian woman who saved three of her relatives by nursing them back to health after they contracted the Ebola virus is coming to the United States to finish her nursing degree.

After a story about Kekula ran on CNN in September, many people wanted to help her. A nonprofit group called iamprojects.org also got involved to try and help finish her education.

The news comes as Time magazine announced Wednesday that its “Person of the Year” honors go to the Ebola fighters, the “unprecedented numbers” of doctors and nurses who responded when Ebola overtook an already-weak public health infrastructure this year in West Africa.

Fatu Kekula is not named in the article, but she definitely holds a place among those being honored.

The 22-year-old, who was in her final year of nursing school earlier this year, single-handedly took care of her father, mother, sister and cousin when they became ill with Ebola beginning in July.

And she did so with remarkable success. Three out of her four patients survived. That’s a 25% death rate – considerably better than the estimated Ebola death rate of 70%.

Kekula stayed healthy, which is noteworthy considering that hundreds of health care workers have become infected with Ebola, and she didn’t even have personal protection equipment – those white space suits and goggles used in Ebola treatment units.

Instead, Kekula invented her own equipment. International aid workers heard about her “trash bag method” and taught it to other West Africans who can’t get into hospitals and don’t have protective gear of their own.

Every day, several times a day for about two weeks, Kekula put trash bags over her socks and tied them in a knot over her calves. Then she put on a pair of rubber boots and then another set of trash bags over the boots.

She wrapped her hair in a pair of stockings and over that a trash bag. Next she donned a raincoat and four pairs of gloves on each hand, followed by a mask.

It was an arduous and time-consuming process, but she was religious about it, never cutting corners.

“Essentially this is a tale of how communities are doing things for themselves,” Crowe said. “Our approach is to listen and work with communities and help them do the best they can with what they have.”

She emphasized, of course, that it would be better for patients to be in real hospitals with doctors and nurses in protective gear – it’s just that those things aren’t available to many West Africans.

No one knows that better than Kekula.

Her Ebola nightmare started July 27, when her father, Moses, had a spike in blood pressure. She took him to a hospital in their home city of Kakata.

A bed was free because a patient had just passed away. What no one realized at the time was that the patient had died of Ebola.

One woman walked in, and the Ebola nightmare began

Moses, 52, developed a fever, vomiting and diarrhea. Then the hospital closed down because nurses started dying of Ebola.

Kekula took her father to Monrovia, the capital city, about a 90-minute drive via difficult roads. Three hospitals turned him away because they were full.

She took him back to another hospital in Kakata. They said he had typhoid fever and did little for him, so Kekula took him home, where he infected three other family members: Kekula’s mother, Victoria, 57; Kekula’s sister, Vivian, 28, and their 14-year-old cousin who was living with them, Alfred Winnie.

Guilty of Ebola until proven otherwise

While operating her one-woman Ebola hospital for two weeks, Kekula consulted with their family doctor, who would talk to her on the phone, but wouldn’t come to the house. She gave them medicines she obtained from the local clinic and fluids through intravenous lines that she started.

At times, her patients’ blood pressure plummeted so low she feared they would die.

But her father, mother, and sister rallied and were well on their way to recovery when space became available at JFK Medical Center on August 17. Alfred never recovered, though, and passed away at the hospital the next day.

Her father immediately began working to find a scholarship for Kekula, so she could finish her final year of nursing school. But the Ebola epidemic shut down many of Liberia’s schools, including hers.

With some help, Kekula applied to Emory University in Atlanta, the campus with the hospital that has successfully cared for American Ebola patients. Emory accepted the young woman so that she could complete her nursing degree starting this winter semester.

In order to attend, iamprojects will have to raise $40,000 to pay for her reduced tuition rate, living expenses, books and her travel and visa so that she can travel between Africa and the United States.

Kekula’s father has no doubt that his daughter will go on to save many more people during her lifetime.

“I’m sure she’ll be a great giant of Liberia,” he said.

Ebola patients left to lay on the ground