There's an unwritten rule that presidential kids are off-limits

A GOP staffer is resigning after breaking that rule

Commentators and satirists made fun of Chelsea Clinton

The Bush twins got in hot water over underage drinking

Presidential kids are off-limits. That’s the unwritten rule in Washington.

But rules are broken – and Elizabeth Lauten is hardly the first one to do so.

Lauten, communications director for Tennessee Rep. Stephen Fincher, resigned from her post after setting off a social media firestorm by railing against the Obama daughters.

In a Thanksgiving-Day screed on Facebook, she scolded Malia and Sasha Obama, 16 and 13 years old, respectively, for what she said was their inappropriate outfits and their bored looks during Wednesday’s turkey pardoning ceremony.

“Dress like you deserve respect, not a spot at a bar. And certainly don’t make faces during televised, public events,” she concluded.

“Let’s reality check here, folks. This is a turkey pardon. This is not a matter of war and peace. This is kind of an odd bit of show dating back to Harry Truman,” he said. “And I think a bunch of teenagers could be pretty easily forgiven for not taking it too terribly seriously without insulting the republic.”

The White House expressed shock, but so did the GOP.

“Children, especially the first daughters, should be off-limits in the political discourse from attacks,” said Sean Spicer, the Republican National Committee communications director.

It has long been a bipartisan goal to respect, and protect, the privacy of presidential kids, who are living in a fishbowl through no fault of their own. But that hands-off policy has limits. Here are some examples from the recent past:

Amy was just 9 years old when her father, Jimmy Carter, took up residence in the White House in 1977.

Her first day of class at a public elementary school was a media circus, with photographers snapping shots just a few feet away of her in a stocking cap, jacket and Snoopy tote bag.

The school quickly established some ground rules to ensure a semblance of normalcy. Even the Secret Service agents who accompanied her had to wait in an office across the hall.

This first daughter turned 13 about a month after the inauguration of her father, Bill Clinton.

Wanting her to have a normal childhood, the Clintons asked the media to limit their coverage of Chelsea to public events.

“We really work hard on making sure that Chelsea doesn’t let other people define her sense of her own self-worth,” President Bill Clinton said in a 1992 People magazine interview. “It’s tough when you are an adolescent because peer opinion and other people’s opinion become more important. But I think she’ll be OK.”

Still, it wasn’t long before “Saturday Night Live” and Rush Limbaugh took a crack at Chelsea, mocking her appearance. Limbaugh compared her to a dog. 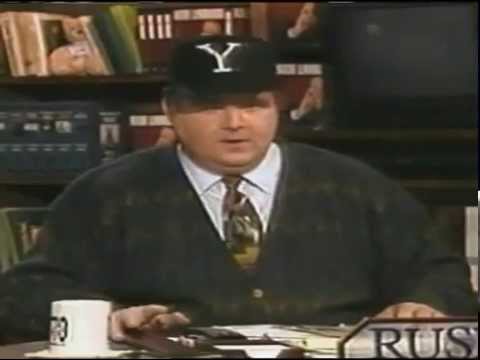 He then recounted how he apologized once to Amy Carter for calling her “the most unattractive presidential daughter in the history of the country.”

Jenna and Barbara, daughters of George W. Bush, were already young adults – but not of legal drinking age – when their names were splashed in headlines during the spring of 2001 after getting caught with liquor.

Largely ignored by the media up to that point, the 19-year-olds were branded “party girls” by the tabloids.

Five weeks later, Jenna was in trouble again for attempting to use a fake ID to buy alcohol.

And all of this happened before the age of social media, in which the Obama daughters now live.

When everyone has a voice via Facebook, Twitter and the like, the children of political families may be subjected to the same swings and arrows as their parents.

It shows how “divided and how dumb and mean-spirited so many of our debates are right now,” Avlon said.

“It’s an indication of how ugly and undercutting the politics are that even kids are fair game to some people who are punching way below their weight. It’s ugly, ugly stuff.”