He appeared on "Jimmy Kimmel Live" on Monday

The actor was arrested in June

Shia LaBeouf is finally telling the full story of how he got arrested at a Broadway production of “Cabaret,” and it’s worth every minute.

On “Jimmy Kimmel Live” on Monday, the actor recounted one of the low points of what’s been a rough year: In June, he was arrested for “refusing to leave a theatrical performance when asked, for creating unreasonable noise and using obscene language outside of Studio 54, and for spitting at a police officer at the Midtown North police precinct.”

That’s not at all funny, but somehow LaBeouf was able to turn what he’s admitted was a “scary” moment into a winding tale with some levity.

Shia LaBeouf on His Arrest 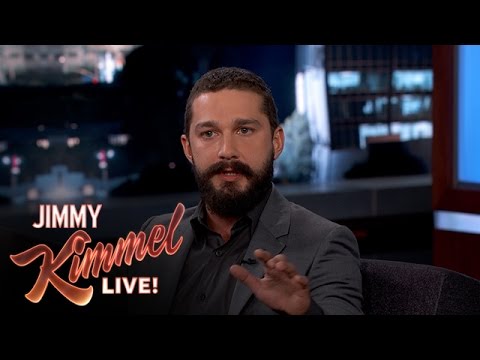 Since his arrest, LaBeouf has agreed to a plea deal that includes the stipulation he continue to receive treatment for alcohol addiction.