Katie McLaughlin, CNN
Updated 4:07 PM EDT, Mon September 15, 2014
Link Copied!
Finally, there will be a "Gilmore Girls" sequel! Series creator Amy Sherman-Palladino is filming a four-part reboot for Netflix. Since the series ended in 2007, star Lauren Graham, who played Lorelai Gilmore, went on to star in NBC's "Parenthood" as another loving single mom. Here's what the rest of the cast is up to:
Warner bros television/Kevin Winter/Getty Images
After she left the super-smart Rory Gilmore behind, Alexis Bledel reprised her role as Lena in 2008's "The Sisterhood of the Traveling Pants 2." She's also starred in films like "Post Grad" and "The Kate Logan Affair." In 2012, Bledel had a recurring role on "Mad Men" that had her act alongside her now-husband, Vincent Kartheiser.
warner bros television/Ilya S. Savenok/Getty Images
Melissa McCarthy's career has taken off since she played lovable chef Sookie St. James on "Gilmore Girls." From her scene-stealing, Oscar-nominated performance in "Bridesmaids" to her lead role in "Spy," the Emmy-winning "Mike & Molly" star never fails to make us laugh. McCarthy is now starring with Kristen Bell, Kathy Bates and Peter Dinklage in "The Boss," which she wrote with husband Ben Falcone.
warner bros television/VALERIE MACON/AFP/Getty Images
After playing Dean Forester, Rory's first boyfriend, Jared Padalecki went on to star in films like "Friday the 13th" and the CW hit show "Supernatural."
warner bros television/Kevin Winter/Getty Images
Since playing Lane Kim, Keiko Agena has appeared on "Private Practice," "Castle," "Scandal" and other popular series.
warner bros television/Rodrigo Vaz/FilmMagic/getty images
Kelly Bishop, who played Emily Gilmore, was the original Sheila in the hit Broadway show "A Chorus Line" and played Baby's mother in "Dirty Dancing." Bishop returned to work with Sherman-Palladino in 2012 for the ABC Family series "Bunheads." Bishop portrayed Fanny Flowers, the owner of the Paradise Dance Academy.
warner bros television/Dave Kotinsky/Getty Images
Yanic Truesdale hasn't done much in show business since his days at the Independence Inn as Michel Gerard. He's since appeared in Canadian series like "Rumeurs" and "Mauvais Karma."
warner bros television/Kevin Winter/Getty Images
Liza Weil has appeared on "Grey's Anatomy" and "Private Practice" after her turn as Paris Geller. She recently played the recurring role of Amanda Tanner on "Scandal" and Milly Stone on "Bunheads." She currently stars in Shonda Rhimes' ABC hit "How to Get Away With Murder."
warner bros television/Jamie McCarthy/Getty Images
After leaving his Stars Hollow diner behind, Scott Patterson, who played Luke Danes on the series, went on to appear in the short-lived series "Aliens in America" and "The Event." He's also shown up in some of the "Saw" movies and a few episodes of "90210."
warner bros television/Frederick M. Brown/Getty Images
Milo Ventimiglia played another of Rory's loves, Jess Mariano, on the series. The actor has since played Peter Petrelli on "Heroes" and appeared in films such as "Grown Ups 2" and "Grace of Monaco." He was in the 2015 crime drama "Wild Card" with Jason Statham and Sofia Vergara.
warner bros television/Randy Shropshire/Getty Images
Sean Gunn played quirky Kirk Gleason on the series. He has since appeared on "Bunheads" and "Glee" and most recently appeared in the 2014 blockbuster "Guardians of the Galaxy."
warner bros television/Jerod Harris/Getty Images
Edward Herrmann, who played patriarch Richard Gilmore on the show, died of cancer in 2014. A longtime Broadway actor, he won a 1976 Tony award in George Bernard Shaw's "Mrs. Warren's Profession" and was nominated for another for David Hare's "Plenty." He also had movie roles in "The Paper Chase," "The Great Gatsby," "Reds" and "The Purple Rose of Cairo," among others.
warner bros television

'Gilmore Girls': Where are they now?

The popular series, which revolved around mother-daughter duo Lorelai (Lauren Graham) and Rory Gilmore (Alexis Bledel), originally ran from 2000-2007. The pair’s special relationship, combined with their storybook, leafy town and its sweetly eccentric inhabitants, made for some magical moments. 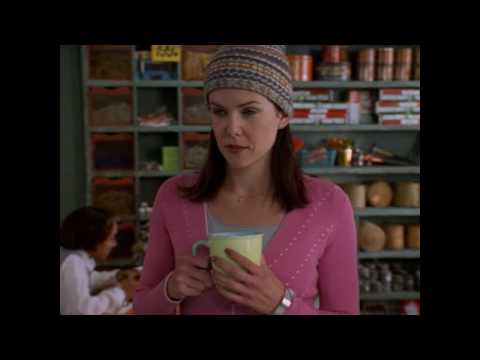 As edgy as it was cozy (yes, edgy!), “Gilmore Girls” is rubber-stamped on fans’ hearts like Lorelai’s would-be Mel Brooks tattoo, and Netflix couldn’t have picked a better month to begin streaming. (If you’ve never watched “Gilmore,” fall is the best time to start from the beginning, since the season perfectly matches the small town charm of “Gilmore Girls’” Stars Hollow. You’ve got your pumpkins, pie, pumpkin pie, scarves, snow and always plenty of coffee.)

Netflix’s announcement is a huge win for the die-hard fans, who will no longer have to cycle through DVDs the way Lorelai mainlines coffee. This’ll be far less labor intensive, although no less time-consuming:

“Oh man, Netflix is going to have the entire run of ‘Gilmore Girls’? This isn’t going to be good for my productivity. Or my hygiene. Or my life,” one fan tweeted.

Oh man, Netflix is going to have the entire run of Gilmore Girls? This isn't going to be good for my productivity. Or my hygiene. Or my life

” ‘Gilmore Girls’ is coming to Netflix. Please don’t speak to me after October 1st, I’m v busy (indefinitely),” said another.