Breeanna Hare, CNN
Updated 5:46 PM EDT, Wed September 10, 2014
Link Copied!
The much-anticipated adaptation of E.L. James' "Fifty Shades of Grey" had a rocky ride to production, thanks to a last-minute casting change. Here's who made up the cast of the 2015 release.
Focus Features
Jamie Dornan was late to the "Fifty Shades" party, as "Sons of Anarchy" star Charlie Hunnam was initially cast to play the wealthy, S&M-loving Christian Grey. After Hunnam dropped out, Dornan was picked to fill the role. An Irish model-turned-actor, Dornan is most familiar to U.S. audiences for his work on ABC's "Once Upon a Time."
Ken McKay/Rex/REX USA
Dakota Johnson's casting as naive student Anastasia Steele was controversial, but the actress has said that she really "understands" E.L. James' sensual trilogy. "I think it's an incredible love story," she told Entertainment Weekly. The 24-year-old, the daughter of Don Johnson and Melanie Griffith, has appeared in "The Social Network," "21 Jump Street" and the short-lived sitcom "Ben and Kate."
Frazer Harrison/Getty Images
Eloise Mumford landed the role of Anastasia Steele's best friend, Kate Kavanagh. The 27-year-old has appeared in TV series "The River" and "Lone Star."
Michael Buckner/Getty Images For Entertainment Weekly
To bring Christian Grey's protective (and totally non-judgmental) bodyguard to life, the "Fifty Shades" team turned to actor Max Martini. You've seen him in TV shows like "The Unit," "CSI" and "Revenge" and on the big screen in "Saving Private Ryan" and "Pacific Rim."
Frazer Harrison/Getty Images
Luke Grimes was cast as Christian Grey's brother Elliot, who also happens to be in love with Ana's roommate/BFF, Kate. Grimes was on "True Blood" as the vampire James, and he appeared in "Taken 2" and the TV series "Brothers & Sisters."
Joe Kohen/Getty Images
For the part of Ana Steele's mom, Carla, "Fifty Shades" picked Tony-winner Jennifer Ehle, who recently starred in "RoboCop" and "Zero Dark Thirty."
Neilson Barnard/Getty Images for The New Yorker
Victor Rasuk played Jose, Ana's artistic friend who wishes he could be more. Rasuk is best known for his starring work in movies like 2002's "Raising Victor Vargas" and HBO's "How to Make It in America."
Rob Kim/Getty Images
"Fifty Shades" fans were surprised when the production team announced that singer Rita Ora was cast as Christian Grey's fun-loving and outgoing sister, Mia. Best known for her music and style, Ora is also a budding actress with a few credits to her name.
Stuart C. Wilson/Getty Images for MTV
Actress Marcia Gay Harden portrays Christian Grey's mother, Dr. Grace Trevelyan Grey.
JOE KLAMAR/AFP/Getty Images
To fill the role of Anastasia Steele's stepfather, Bob Adams, "Fifty Shades" turned to "Arrow" star Dylan Neal. If you're a Hallmark Channel fan, you'll also recognize Neal from "Cedar Cove," which he stars in with Andie MacDowell.
VALERY HACHE/AFP/Getty Images/File

The cast of 'Fifty Shades'

It was the proposed schedule that stressed him out

He wanted the part but couldn't make the timing work

Charlie Hunnam didn’t drop out of “Fifty Shades of Grey” because he didn’t want to play the lead, Christian Grey.

He dropped out because the timing had him on the verge of a nervous breakdown.

“I wouldn’t have signed up in the first place if I didn’t want to do it,” the “Sons of Anarchy” actor, 34, has said. “It was a really, really difficult time in my life.”

Hunnam was initially cast in the adaptation along with Dakota Johnson in September 2013. But by the following month, Hunnam had parted ways with the project, citing scheduling conflicts.

That part, the actor now says, is true. Between his work on FX’s “Sons” and his commitment to Guillermo del Toro’s 2015 release, “Crimson Peak,” there just wasn’t a lot of room for “Fifty Shades of Grey” no matter how badly Hunnam wanted it to work.

“I just said ‘I can’t’ … to fail on such a grand scale,” Hunnam recalled. ” ‘Fifty’s’ going to be massive; it’s going to be huge. I really didn’t want to fail on such a grand scale, and I just couldn’t transition from (‘Sons of Anarchy’s’) Jax Teller to Christian Grey in 48 hours. I bit off more than I could chew, and it was painful. I loved the character, and I wanted to do it.”

Instead of Hunnam, moviegoers will see relative newcomer Jamie Dornan in the role of Mr. Grey. 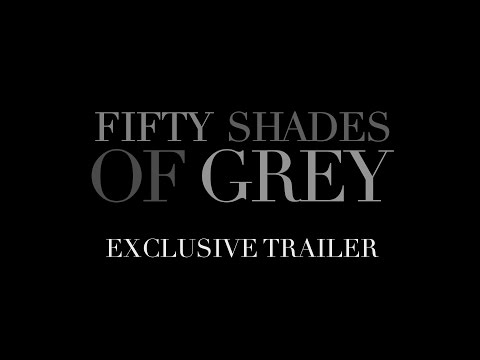 The film, which recently debuted its first trailer, opens February 13.