Peshmerga spokesman: Forces have retaken one side of the dam

Smoke rises from the horizon, and buildings are ablaze in the battle to retake it

Kurdish forces fired mortars and explosives at extremist militants Sunday as the battle to retake a strategic dam in northern Iraq raged on.

Smoke rose from the horizon, buildings were ablaze and the sound of massive explosions filled the air near Mosul Dam.

By Sunday evening, the Kurdish forces – known as the Peshmerga – had taken over the eastern side of the structure, a spokesman for the group said. Clashes were ongoing over the western side, Peshmerga spokesman Halgord Hikmat told CNN.

The forces face a daunting challenge: fighting a fierce offensive to retake the dam without damaging it.

BRUSSELS, BELGIUM - MARCH 22: Wounded passengers are treated following a suicide bombing at Brussels Zaventem airport on March 22, 2016 in Brussels, Belgium. Georgian journalist Ketevan Kardava, special correspondent for the Georgian Public Broadcaster, was travelling to Geneva when the attack took place, she was knocked to the floor and began to take photographs in the moments that followed. At least 31 people were killed and more than 260 injured in a twin suicide blast at Zaventem Airport and a further bomb attack at Maelbeek Metro Station. Two brothers are thought to have carried out the attacks and a manhunt is underway for a third suspect. (Photo by Ketevan Kardava/Getty Images)
Ketevan Kardava/Getty Images
gallery

U.S. warplanes joined the effort amid growing concern that the facility is not maintained and could rupture, a U.S. official told CNN.

Engineering studies show that a failure of the dam would be catastrophic, resulting in flooding all the way to Baghdad, the official said on condition of anonymity.

Iraq’s largest hydroelectric dam, the facility on the Tigris River about 50 kilometers (31 miles) north of the city of Mosul is a key source of electricity, irrigation and flood protection.

ISIS fighters seized it this month, and they were digging in Sunday to keep their grip, using snipers, land mines and other explosives in their efforts to fend off advancing forces.

The United States estimates there may be up to 400 ISIS fighters in and around the dam complex, the official said.

And members of the Peshmerga said Sunday that they were worried that the militants could try to sabotage the dam.

Militants of ISIS, which calls itself the Islamic State, set up high-powered explosives around buildings and detonated them, Kurdish Intelligence chief Masrour Barzani said.

“We believe our Peshmerga can take (the dam) back because this is something very, very dangerous,” Barzani said.

U.S. military forces used “a mix of fighter, bomber, attack and remotely piloted aircraft to successfully conduct airstrikes near the Mosul Dam” on Sunday, according to U.S. Central Command.

Map: Where is ISIS?

President Barack Obama justified the airstrikes in a letter to Congress the same day.

“These military operations will be limited in their scope and duration as necessary to support the Iraqi forces in their efforts to retake and establish control of this critical infrastructure site,” the letter read.

“The failure of the Mosul Dam could threaten the lives of large numbers of civilians, endanger U.S. personnel and facilities, including the U.S. Embassy in Baghdad, and prevent the Iraqi government from providing critical services to the Iraqi populace,” it continued.

Video from a U.S. military airstrike against ISIL Humvee near the Mosul Dam 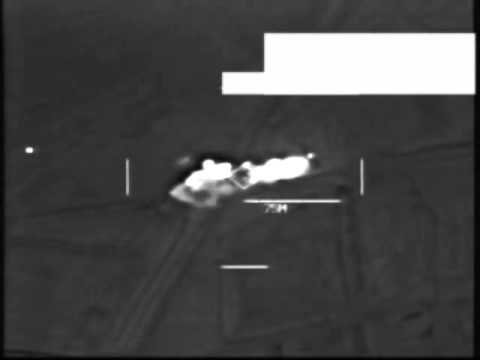 A Peshmerga colonel told CNN the operation began early Saturday with Kurdish forces advancing toward the dam as the United States carried out airstrikes.

The U.S. military confirmed a mix of fighter jets and drones carried out nine airstrikes on Saturday near Mosul and the Kurdish regional capital of Irbil. On Sunday, the U.S. military conducted 14 airstrikes in Iraq, damaging or destroying ISIS militants’ vehicles, armored personnel carriers and a checkpoint, Central Command.

Videos released by the military showed two airstrikes near the Mosul Dam – one hitting an armed truck, the other hitting a Humvee.

The dam complex has not been hit, the colonel said on condition of anonymity. He is not authorized to speak to the media.

How concerned is the U.S. by ISIS?

Mosul Dam is under ISIS control, but it is still up and running, the colonel said. Engineers and employees remain at work, he said.

U.S. intelligence agencies, according to the U.S. official, are also keeping an eye on the Haditha Dam on the Euphrates River in Iraq’s western Anbar province, where Iraqi troops have been holding off an ISIS assault for weeks. The dam is the second-largest in the country, and it provides water to western and southern Iraq.

Earlier this year, ISIS fighters opened the gates on the Falluja dam after seizing it in an effort to stop an Iraqi military advance. The water from the dam flooded a number of villages.

“You don’t want to have the cataclysmic event where, if this dam were to break, you would run the risk of flooding downstream along the Tigris,” he said. “I would think that ISIS wants to retain control of that dam and would want to maintain its integrity, because it generates this electric power and they want to be able to sue that as a weapon system to those who are under their control.”

Last week, Obama declared an end to an ISIS siege that had trapped tens of thousands of Yazidis in mountains, citing the success of targeted American airstrikes.

The Yazidis are one of Iraq’s smallest and oldest religious minorities.

On Sunday, the Cabinet of the Kurdish region of Iraq called on the Iraqi parliament to recognize the crimes committed by ISIS against the Yazidi people as “genocide.”

The United Nations estimates they are among more than 600,000 people who’ve been driven from their homes since June, when ISIS swept across the border from Syria into Iraq.