Gosselaar said he disagrees with Dustin Diamond's memories of the show

He said he was not involved with the new TV movie

In 2013, Diamond distanced himself from his book about the show

Sorry, Screech, but Zack thinks you are wrong.

Mark-Paul Gosselaar, who played Zack Morris on the cult classic ’90s TV show “Saved by the Bell,” doesn’t agree with former co-star Dustin Diamond’s portrayal of their time together.

Diamond – who played super nerdy Samuel “Screech” Powers – put out a book years ago titled “Behind the Bell.”

Now there’s a Lifetime TV movie, “The Unauthorized Saved by the Bell Story,” which purports to show the less-than-glamorous side of life on the show, complete with fights, jealousy and other drama.

During an interview with HuffPostLive to promote his current series, “Franklin & Bash,” Gosselaar said he neither was involved with nor consulted on the TV project.

As for Diamond’s book, the actor said it is “negative.”

“Everything I’ve heard about his book is, it is negative,” Gosselaar said. “I don’t remember those things. My experience on the show was very positive.”

Gosselaar’s “Franklin & Bash” co-star took it even further when commenting on Diamond.

“This guy’s such a d**k,” Breckin Meyer said. “I don’t know Dustin at all but everything I read. (Gosselaar) and I have talked endlessly about ‘Saved by the Bell.’ I grew up at the same time, I was acting, and I used their sets one time when I did a pilot.

“The Dustin Diamond thing is just so silly,” he added. “It’s just so negative, and it always bums me out.”

During a 2013 interview with OWN, Diamond distanced himself from the book, saying that he had a ghostwriter and that it was a “disappointment” to him. 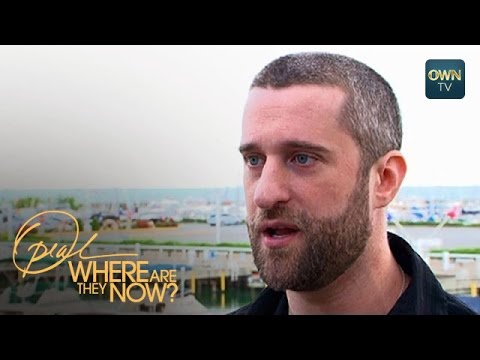 “I talked to a guy a few times, so the book has some truth in it, but a lot of the stories were just kind of throwaways,” Diamond said. “I have nothing but good thoughts and memories towards everybody.”

‘Saved by the Bell’ to have dirt exposed