A movie about romance and … abortion?

Jenny Slate plays Donna Stern, a stand-up comedian who gets pregnant after a one-night stand

“Obvious Child” has all the story arcs for romantic-comedy gold, including a newly brokenhearted protagonist trying to find her way in life and love, an unlikely meet-cute of opposite personalities and an advisory panel of cheeky best friends. But one of the film’s major through lines is a topic not often broached in theaters: abortion.

The film, which premiered at the 2014 Sundance Film Festival and will open nationwide on Friday, has been called “the most winning abortion-themed rom-com ever” by The Dissolve, and in a piece called “No more Shmashmortion” on Slate.com, writer Amanda Hess deemed it “the most honest abortion movie I’ve ever seen.”

Though the movie successfully mines the traditional rom-com tropes for laughs, groans and “awwwws,” abortion is emerging as its unlikely claim to fame.

“We don’t feel like that description does it justice,” producer Elisabeth Holm told CNN.

Elisabeth Holm is the producer of "Obvious Child."
Danielle Lurie

“It’s as much about a stand-up comedian and her life in New York. (An abortion) happens, but it doesn’t have to define her.”

When Holm spoke with CNN, she acknowledged the filmmakers were “trying to humanize the experience,” even including a scene during the main character’s abortion procedure. But they “never set out to make an agenda-driven film,” Holm said.

Abortion has long been a hot topic in pop culture, from “Maude” in 1972 to HBO’s “Girls” in recent years. The release of “Obvious Child” comes shortly after a woman faced criticism for filming and releasing footage of her own abortion in order to show that it wasn’t the traumatic experience for her that many assume it to be. In 2010, the CDC reported 765,651 legal induced abortions, with women in their 20s – like Slate’s character – contributing to the majority of that number. 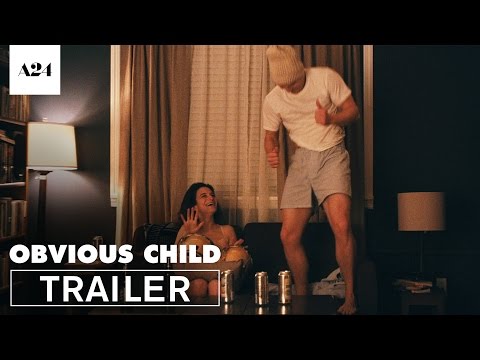 Holm says as a born-and-raised New Yorker, both she and director Robespierre came from a world where conversations about abortion happened “in a shame-free, regret-free, clear way” with mothers, friends and sisters – and that was the experience that they wanted to show on-screen. In “Obvious Child,” several characters along the way reveal they had abortions (some legal, some not) in their teens and 20s.

As with any romantic comedy, the two leads, Max and Donna, maintain a “will they/won’t they” vibe throughout most of the film – and that’s intentional, Holm says. But Donna’s decision to terminate her pregnancy isn’t wishy-washy, or even driving the plot. It’s the result of a drunken one-night stand that ends without exchanging phone numbers. She’s lost her job, and is trying to get a comedy career on track – from Donna’s perspective, the choice is clear.

drew intv woman films herself having an abortion_00000825.jpg
video

Why woman filmed her abortion

Does Sundance buzz translate to dollars?

In a scene filmed in an actual Planned Parenthood, Donna says, “I’d like an abortion, please,” then apologizes about sounding like a fast-food customer before repeating her request.

Holm says it was crucial to illustrate the actual abortion process: A camera focuses on Donna’s face as the sedative kicks in and vacuuming sounds hum in the background.

“I think we’ve seen a lot of movies where they fade off into the sunset before that action happens,” she says. “It was critical to show this moment where it’s safe and healthy and also vulnerable.”

“This is an experience that many women go through without shame and regret, but not without emotion. Hopefully it’s something that people can connect to and have a conversation about. Whatever side you’re on.”

Framing the ever-contentious issue in a romantic comedy has captivated audiences.

“It shouldn’t be a particularly earth-shaking turn, but in a world of rom-coms like ‘Knocked Up’ and ‘Juno,’ in which the heroines make the heartwarming decision to go ahead with their pregnancies, this modest little indie movie feels momentous,” NPR film critic David Edelstein said of the film.

Meanwhile, a piece at the Daily Caller asked, “Has Hollywood hit a new low?” Its gist: “The film seems to be another Hollywood attempt to reinforce their idea of female empowerment. In this case, it includes one night stands and abortions.”

Still, just as with any summer romantic comedy, the filmmakers hope the takeaway for viewers is sweet, sincere and relatable.

“Hopefully, the movie is one that makes people feel confident in who they are and the choices that they make,” Holm says. “And sometimes with confidence comes vulnerability – and that’s a very human experience.”

Do you think abortion is a fitting topic to include in a romantic comedy? Share your thoughts in the comments, on Twitter @CNNLiving or on CNN Living’s Facebook page.

Read more about comedy movies and more at CNN Comedy.