Combating disease with dance: a new approach to Parkinson's 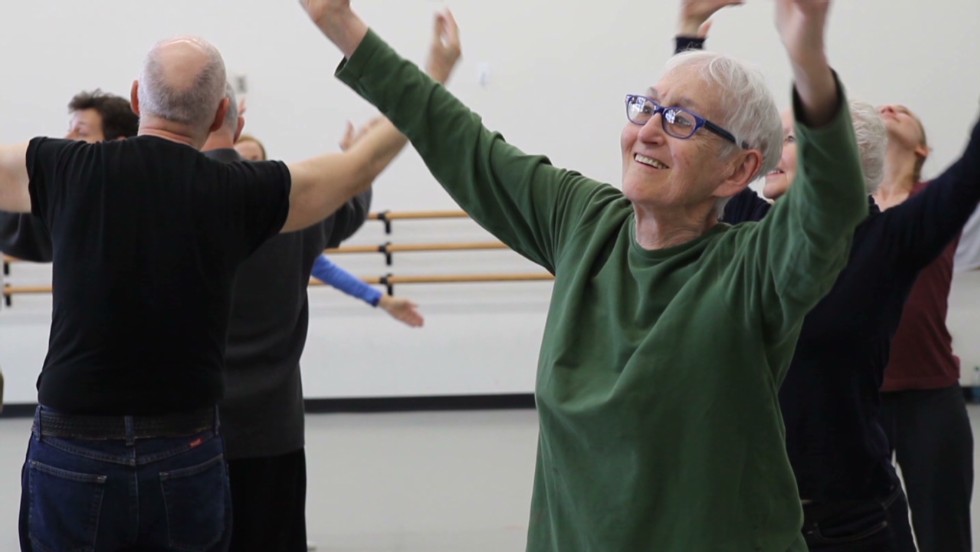 By Rebecca Bluitt, Special to CNN

Warm-ups, waltzes, partnering. These are all routines typical in dance settings like The Juilliard School in Manhattan. Many of the students here will perform them on stages all around the world, contorting their limbs and using their bodies to create seemingly impossible works of art, pushing the limits of human potential.
But on Monday afternoons, Juilliard hosts a different breed of dancers. Their bodies are slower and less limber; their movements lack fluidity. Yet the dancers execute each little gesture with determination and purpose, and their faces shine with a fresh enthusiasm that has often waned in seasoned professionals.
These dancers have Parkinson’s disease, a degenerative neurological disorder that is difficult to conceal, with symptoms often manifesting in the most cruelly conspicuous of ways. Twitches may start in the hand and can gradually progress into uncontrollable spasms. As the body becomes less mobile and speech is impaired, those living with Parkinson’s are often also crippled with feelings of isolation.
One remedy? For the Brooklyn Parkinson Group and the internationally acclaimed Mark Morris Dance Group, dance was the missing ingredient. These two seemingly improbable allies teamed up in 2001 to create Dance for PD, a non-profit that provides free dance classes to people with Parkinson’s. The Dance for PD class format parallels ordinary dance classes, with participants moving from seated exercises to combinations performed holding chairs for support and sequences that travel across the room.
Read More
There are multiple practical benefits to the class; participants report improvement in things like muscle control and posture. But co-founding teacher and Dance for PD program manager David Leventhal emphasizes the class’s artistry and sense of community -- elements frequently lacking in conventional types of therapy.
"Dance gives people a way to think about movement in a way that is less mechanical and more about using the imagination in the service of movement," Leventhal says. "Sometimes in therapy you’re working on a very specific task -- raising your arm, or tapping your foot at a certain rate. In dance class we often will raise our arms or move our feet at a certain rate, but those are done within a bigger context."
"I call this 'Mr. Parky,' my inner hand puppet," laughs Andrew Thomas, a Dance for PD participant, referencing the tremor in his right hand. As a composer, orchestra conductor, pianist and 43-year veteran music instructor at Juilliard, Thomas has had an extensive performing arts career. He is well versed in the art of nimble movements and quick hand gestures. But when doctors diagnosed Thomas with Parkinson’s in 2010, the value of this experience became even more tangible.
"With music-making -- and I would include dance with music-making also -- somehow it involves the entire brain," says Thomas. "And because of that neuron connections get made that make activities possible. If I just sit and I’m lethargic, then I’m guaranteed to deteriorate."
This positive correlation between dance and brain regeneration is also attracting the attention of neuroscientists. In September, a research project developed by Canada’s National Ballet School and scientists at Ontario’s McMaster and Western University will use functional magnetic resonance imaging (fMRI) to study the effects of the dance learning process on people with Parkinson’s. Students of Columbia University’s College of Physicians and Surgeons have also visited Dance for PD classes to investigate new methods of treatment that do not involve medication.
While researches are just beginning to explore the mechanics behind the program, Dance for PD continues to receive a warm reception from members of the Parkinson’s community. From its origins in New York, Dance for PD has expanded to over 100 domestic and international sister programs, including a recently launched initiative in Australia. These budding enterprises are no stranger to adaptation, infusing local flair into the original class format. While New Yorkers move to familiar show tunes from "West Side Story," participants in Dance for PD’s location in India learn dance numbers from beloved Bollywood films.
Despite minor cultural differences, a sense of joy seems to resonate from all corners of the program.
"The first time I came to the class," Thomas says, "near the end of the class I burst into tears, because I was looking around and there were people who could not stand. They could do things with their head a little bit, but that was all. And it wasn’t tears of pity or grief. I was just terribly moved at their courage in showing up, that they were still here and demonstrating it with their presence and their bodies."
And as far as Leventhal is concerned, Dance for PD is just getting started in its mission to empower people with Parkinson’s "as dancers, as students, as lifelong learners and as artists."
"The innovation," Leventhal says, "was both that initial spark and the ongoing conversation, exploration, creation of what this program is and what it can be."
Please Follow us, Like us, and check out our photos!