The 3-D technology that is helping ice skaters 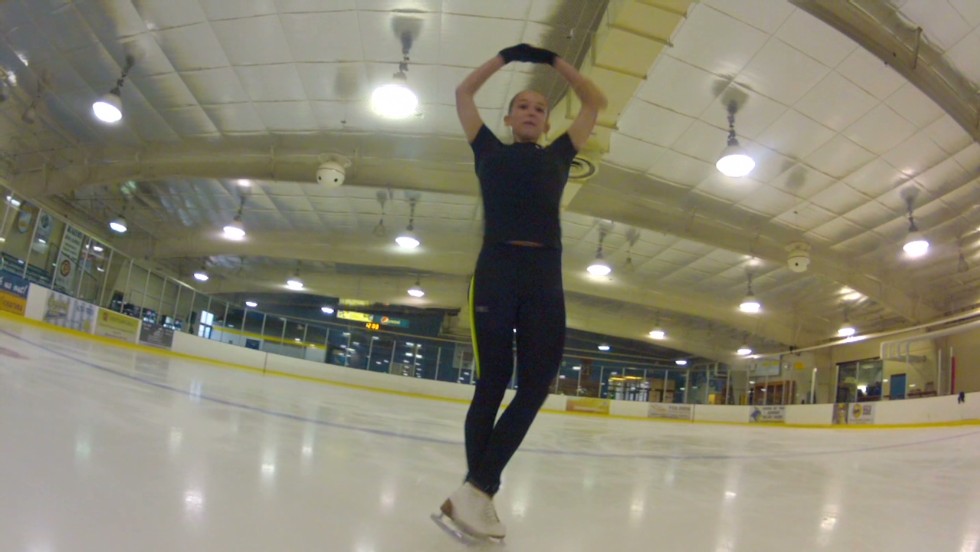 Editor’s note: Jim Richards is a professor of biomechanics and vice provost for graduate and professional education at the University of Delaware, where 3D simulations are created to enhance performance in both sports and medical rehabilitation. For more on Richards, watch "The Next List," Saturday June 29th at 2:30 p.m. ET on CNN.

By Jim Richards, Special to CNN
One of the most interesting aspects of biomechanics is its widespread applicability to everything ranging from the study of insect flight to complex medical issues. I am fortunate enough to work on a campus that has made a significant investment in resources and expertise that facilitate research across the entire spectrum of biomechanics, including significant efforts in orthopedic research, rehabilitation of wounded soldiers, osteoarthritis, and of course, sport injuries and performance.
Researchers in sport biomechanics have been studying athletic performance for decades and have made significant improvements in equipment, athlete safety, and less frequently, performance. In fact, the ability to use biomechanics to directly improve athletic performance has been minimal. Performance improvement has been realized through advancements in equipment design (ie. golf clubs, skis), but improvements to actual skills have been sporadic.
Traditionally, biomechanical analyses of skills conclude with professional interpretation of the measurements and recommendations for potential improvements to performance. The “contribution” of biomechanics typically ends once the recommendations have been made, leaving the coach and athlete to figure out what the final result should look like. As expected, this approach rarely leads to meaningful improvements in performance, and this has been a source of frustration for both scientists and athletes.
Read More
When we started the skating project, the goal was to utilize technology to conduct rapid assessment of the athlete’s performance and to provide objective and mechanically sound recommendations for improvement in a form that both the skater and coach could immediately use. Prior work with the skaters taught us that most were failing to complete their jumps because of ineffective posture during the flight phase of the jump. The fact that the skater isn’t in contact with the ground during this part of the jump simplified the analysis and allowed us to adopt a modeling approach to improving performance. There were several advantages to this approach. First, different strategies to improving performance could be examined without putting the skater at risk by asking them to implement the strategies on-ice. Second, unproductive strategies could be ruled out while successful strategies could be identified, minimizing the amount of trial and error that would normally be part of the process. Finally, the skater and coach would be able to view a 3D rendering of the model to see how changes would look during the performance, providing them with a visual example of how the performance would appear for each individual athlete.
To date, the outcomes of the on-ice analyses have met our expectations. Within approximately 10 minutes of the performance, the skater and coach can begin working with the model. The coaches can experiment with both traditional and non-traditional arm, leg, and trunk positions and immediately determine whether they benefit the skater’s performance. Most skaters report being able to implement the recommended changes in a period of 2-3 weeks, and we frequently receive email and/or video evidence of a skater’s success. Additionally, trends associated with successful jumping styles have begun to emerge, and coaches are able to apply this knowledge to the training efforts of other skaters.
The research on the shoulder presented a different set of challenges. Early on in my career, I analyzed shoulder mechanics of pitchers ranging in skill from little league to major league. The obvious flaw in the analysis was the fact that it ignored the contribution of the scapula (shoulder blade), a structure critical to shoulder function. Current research on shoulder function still suffers from the same flaw, and when we were invited to participate in a shoulder workshop at the Philadelphia Shriners Hospital focusing on patients with brachial plexus birth palsy, it became obvious that we couldn’t ignore the scapula any longer. It plays a critical role in the ability of BPBP patients to realize any degree of functionality.
Drs. Kozin and Zlotolow at Shriners provided the medical direction for the work, which focused on measuring scapular contribution to specific clinical positions used to estimate the patient’s degree of shoulder function. Our approaches began with surface mapping strategies using hundreds of markers and evolved to more landmark specific strategies using a few as 10 markers. To date, we have been able to differentiate between scapular contribution and glenohumeral contribution (the ball and socket joint in the shoulder) to specific arm positions, and are working toward measuring the scapula during dynamic motions. We have a long way to go, but we’re pleased with the progress we’ve made to date.
In the future, we’re optimistic that improvements in technology and new approaches to the mathematical analysis of human motion will continue to advance our ability to analyze and improve performance. Looming on the horizon are optical systems that can capture motion data outdoors, optical systems that can capture motion data without markers, and wireless sensors that can measure body orientation without the use of cameras. It would not be surprising if in the near future, much of the process that we now perform with expensive, high-end technology becomes available in the form of affordable lightweight portable sensors coupled to a smartphone app.