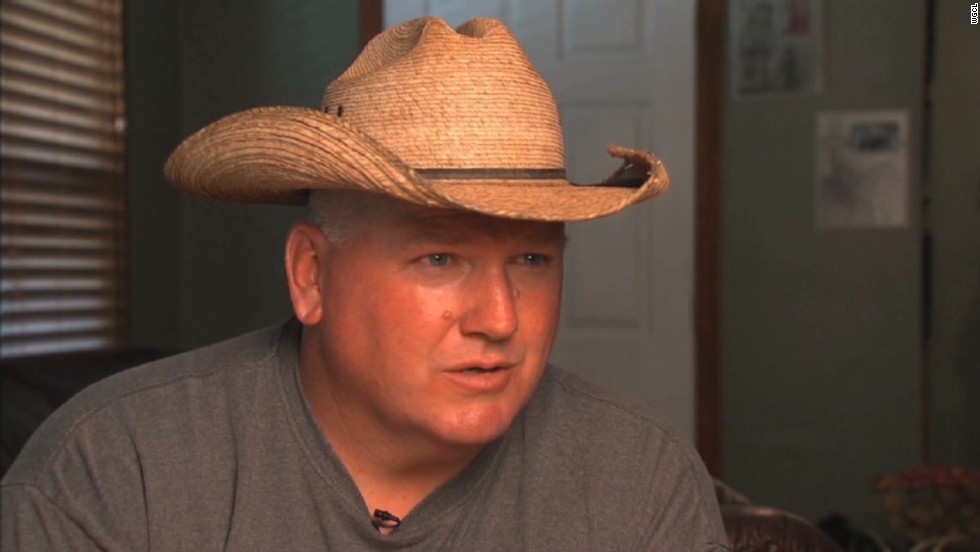 (CNN) -- Haralson County, Georgia, school bus driver Johnny Cook couldn't get the story out of his head: A middle school student told him he hadn't eaten, and had been turned away from the lunch line because he owed 40 cents. Cook wrote about it on Facebook, and the story spread.

Haralson County Superintendent Brett Stanton says it didn't happen that way; the child would have been offered a bagged lunch, Stanton told CNN affiliate WGCL, but he didn't go through the lunch line.
Cook says he still believes the student; the bus driver was fired after he refused to remove the Facebook post and apologize. "I'm proud that I was able to take a stand where others might not have been able to, and that I can maybe, in some little way, cause a change," Cook told WGCL.
It's not the first time a student has reported going without a meal because of school lunch debt; in some cases, they've been told to dump the food they've selected and are given an alternative snack, such as cheese and juice. Middle school students in Attleboro, Massachusetts, were turned away from lunch earlier this year, and about 40 elementary students in Edgewood, Kentucky, went without regular lunch during state testing period because of overdrawn accounts, CNN affiliate WCPO reported.
How should schools handle kids whose lunch accounts are overdrawn? What's your school's policy? Share your experiences and ideas in the comments or on Twitter @CNNschools.
© 2020 Cable News Network, Inc. A Time Warner Company. All Rights Reserved.
CNN Sans ™ & © 2016 Cable News Network.