The woman who wants to 'print' buildings 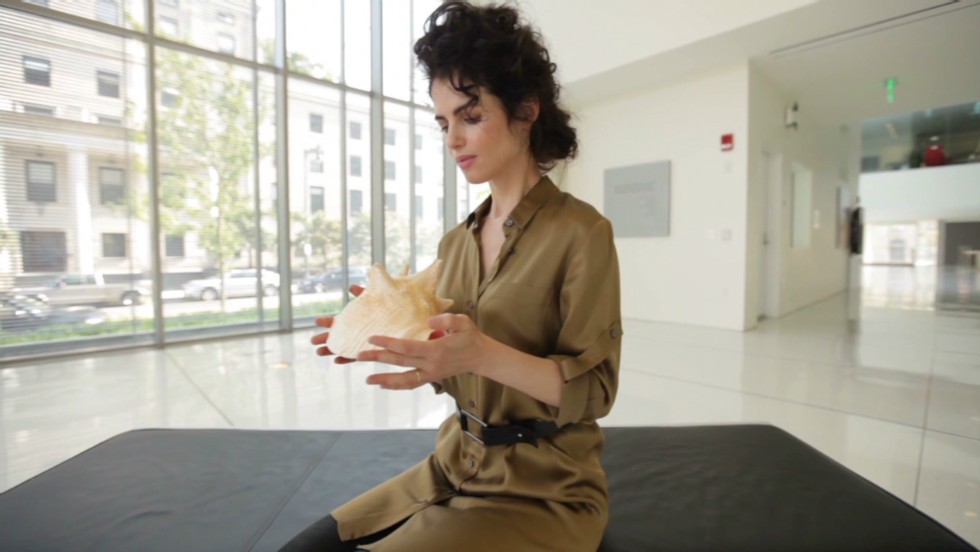 Is it possible to 3-D print buildings?

Who: Neri Oxman, designer, architect, artist and founder of Mediated Matter group at MIT’s Media Lab.
Why you might know her: Oxman was named one of the most creative people in design by Fast Company magazine. She is pushing the limits of what it means to erect a building and believes one day soon we'll be able to "print" our buildings using 3-D printers.
Her artistic medium: At MIT’s Media Lab, Oxman experiments with different printable materials – everything from concrete to silk. She’s also repurposed a robotic arm into a 3-D printer. “How can we reinterpret 3-D printing in a way that suggests a new design language?” she wonders. Oxman plays with different gradients in her materials, with a goal of printing, for example, concrete that can go from porous to dense. “That concrete can be many things,” she says. “That concrete can become a transparent window.”
Her design inspiration: Oxman thinks about architecture and design in completely new ways. Her muse for all of it is nature. Take the spider, which generates a different silk for different purposes: building a web, creating trailing routes, capturing their prey, wrapping their eggs. Oxman believes that in a way, spiders are like a multi-material 3-D printer. “One cannot separate the spider web’s form from the way in which it originated,” she says. “Nature doesn’t divide between the architect, the engineer and the construction worker. These are processes we’re interested in and want to explore.”