Nalini Nadkarni: The tree-climbing scientist who brings plants to prison 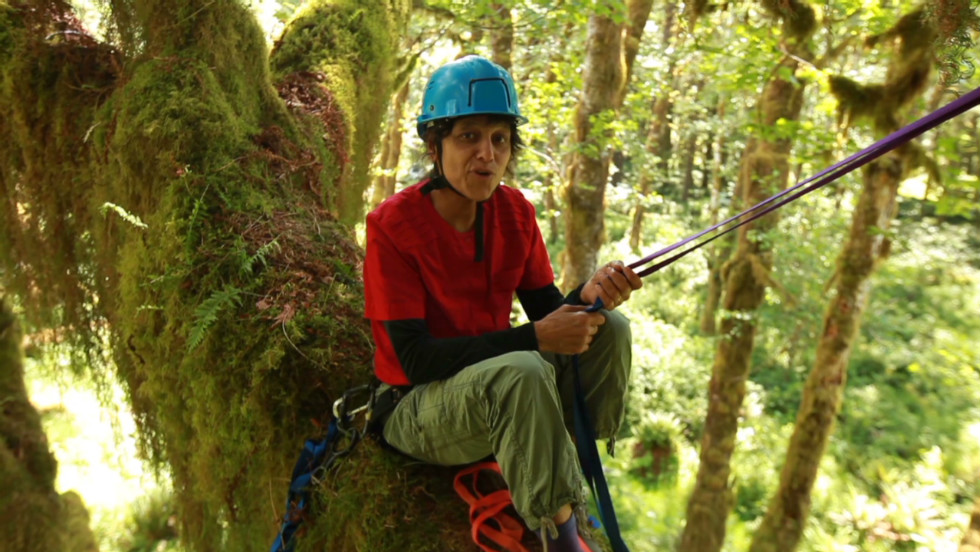 'Queen of the treetops'

(CNN) --- Nalini Nadkarni is a pioneer in tree canopy research and co-founder of the Sustainability in Prisons Project, which aims to teach inmates about ecology. Watch a 30-minute profile of  on Sunday at 2 p.m. ET on CNN’s “The Next List."
Here's a primer on why she is fascinating enough to make The Next List.
Why you've heard of her: You probably haven't. Unless you're a tree climbing scientist or an inmate in Washington state (more on that soon). Oh -- or you may have seen "Heroes of the High Frontiers," an Emmy-winning National Geographic film. She's in that. Or maybe you were one of the lucky few to get your hands on the "Tree Top Barbie Doll" she developed.
Why she matters: She helps bring science to the masses. Not only is she conducting groundbreaking research from the mysterious and under-researched tops of 200-foot-tall trees, she also has made it her mission to share her wisdom about science and nature with everyday people. One stark example: In 2002, she helped launch Washington's Sustainability in Prisons Project, a collaboration between the state department of corrections and The Evergreen State College. Scientists visit prisons and teach inmates about conservation, sustainability, and enlist them in research projects like raising prairie plants and rearing endangered butterflies. Nadkarni is working to develop a similar prison program with the Utah Department of Corrections.
Read More
Why she thinks prisoners need to know about plants: “I think prisoners, as all of us, need to learn about sustainability because it’s about being mindful of one’s life, about being mindful of limited resources, and of taking action and participating in conserving those," she said. "And I think in the case of many people, and especially many inmates who have acted irresponsibly in one way or another, a lot of that has been about lack of mindfulness, about not knowing what the consequences of one’s actions ... And so, by offering the opportunity to prisoners to say, you know, you need to hoe this garden, you need to water it carefully, you need to watch out for the bugs that are going to be attacking the things that you are growing and tending, well, that gives them a sense of responsibility. It might give some skills when they get back out." 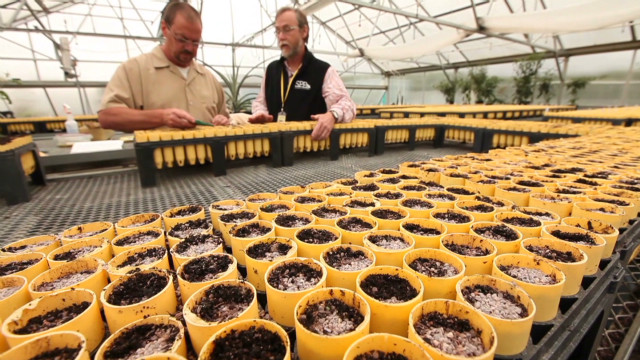 The science evangelist 01:03
What she does when she's not in prison: As director of the Center for Science and Mathematics Education at the University of Utah, she started a “Sports and Science” program, enlisting university athletes to show kids they don’t have to choose between biology and ball. Nadkarni is also working to bring science projects to assisted living homes and to refugee kids in after-school programs.
On her wide-ranging impact: Nadkarni’s Sustainability in Prisons Project is currently in all twelve Washington state prisons with about 500 inmates participating in research and conservation programs such as composting, gardening, recycling and beekeeping. The composting and recycling activities have saved one prison about $180,000 dollars a year, according to its superintendent.
Oh, she's a dancer, too: Nalini double majored in biology and modern dance and was torn between the two. While she was working as an apprentice at a field station in Papa New Guinea she realized nature was her true love, and by becoming a biologist she’d have more to contribute.
And she was in Playboy: It's not quite what you're thinking, though. Nalini was clothed. She made a 2010 Playboy list of the most interesting and imaginative college professors in the United States.
On the first tree she climbed: A self-described “HinJew,” Nadkarni was one of five kids raised by a Hindu father and an Orthodox Jewish mot