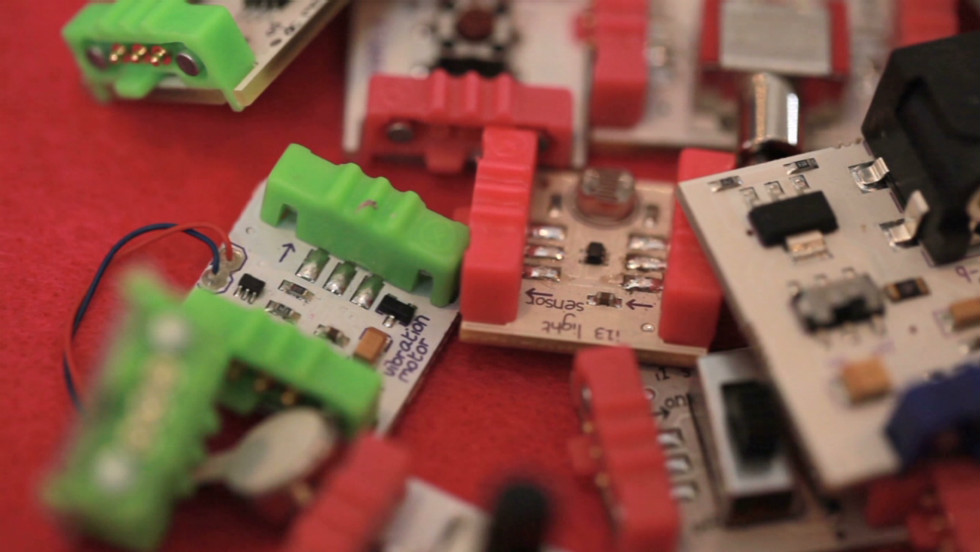 Editors note: Ayah Bdeir is the founder and inventor of littleBits, a new electronic kind of LEGO that snaps together to create just about anything. Watch Poppy Harlow’s full interview with Ayah on CNN's “The Next List” this Sunday at 2 p.m. ET.
Growing up I was never that into science, math or engineering. I was (and admittedly still am) a total type A personality, did well in school, and did well in my math and science classes. But outside of my advanced chemistry class in high school I never really pushed myself in math or science.
I wish I had.
You see, women are drastically under-represented in math and science in the United States. A recent Commerce Department study found that women hold only 25% of jobs in science, math, technology and engineering (or STEM) but make up 48% of the U.S. workforce.
Read More
The number of jobs in STEM is projected to increase by 17% from 2008 to 2018. And college grads in STEM careers make an average of $74,000 a year – 26% more than their non-STEM counterparts. The point is – STEM jobs are good paying jobs, and not enough women have them.
Ayah Bdeir is out to change that. Not just for girls in the U.S. – but for girls and boys, men and women, all around the world. Raised in Beirut, Lebanon, Ayah was different than most of her peers. Her parents pushed her to study science and engineering – and she gravitated towards it.
But what I find fascinating about Ayah is that she is deliberate in NOT making littleBits just for girls. She finds it counterproductive to do so. She told me, “I don’t believe in producing products for girls or for boys. littleBits were not going to be designed for boys…that was [a] deliberate decision. And automatically, they became gender neutral.”
Today, Ayah splits her time between New York City and Beirut building her company. Think of littleBits as electronic LEGOS. When I visited her in her super-cool SoHo workspace, Collab, I got a lesson from the inventor herself.
She told me, “Each littleBit is a pre-assembled, pre-engineered electronic module. One of my favorite things is seeing the first time people interact with littleBits. Suddenly their faces light up.”
It's true. Children and adults of all ages are learning how to build things or power toy cars -- just by snapping together a few littleBits. Bottom line – they’re engaged.
Indeed, part of Bdeir's mission is to “get more girls into science and technology,” as she puts it, but also to “change the way we educate kids.”
It’s a monumental goal. But I think if we had more people like Ayah setting out to achieve it, we’d have greater success.