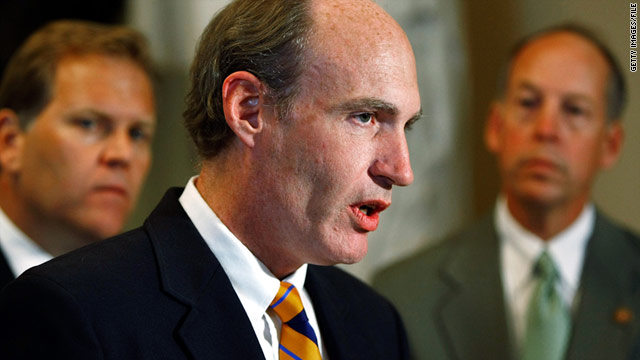 (CNN) -- Vowing to "restructure the government," Congressman Thad McCotter formally announced his candidacy for president at a festival in his home state of Michigan Saturday.

The conservative, guitar-playing five-term congressman is the tenth Republican and third member of the U.S. House of Representatives to enter the race. He is considered a long-shot candidate by party insiders.

"Through your hard work and through your principled determination to bequeath to your children a better America, we will restructure the government," McCotter said at the Freedom Festival in Whitmore Lake, Michigan. "While it is a hard road ahead, we will have better days and we will start now."

On it, the candidate identifies five "principles," among them: "Our liberty is from God not the government" and "Our security is from strength nor surrender."

McCotter was born in Detroit and started his own law practice. He is a member of the House Financial Services Committee and previously served as chairman of the Republican House Policy Committee. McCotter is married with three children.