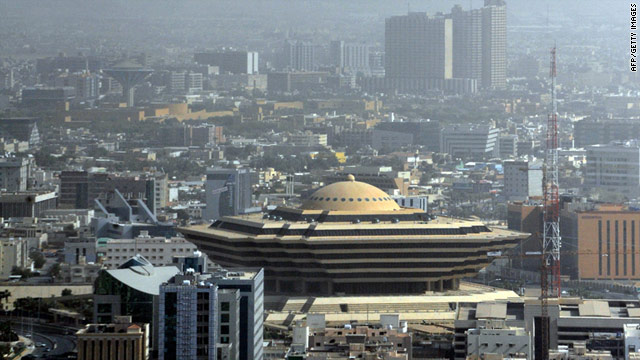 The Saudis plan to spend $100 billion to modernize their armed forces. This is the capital, Riyadh.
STORY HIGHLIGHTS

(CNN) -- As U.S. President Barack Obama seeks to reinvigorate his administration's policy in the Middle East, he will have to contend with several issues where U.S. influence is less than overwhelming.

Chief among them, according to Middle East analysts, is the growing assertiveness of Saudi Arabia as it confronts Iranian influence in the region and tilts away from its historic bargain with the U.S.: oil for security.

In recent months, the Saudis have essentially taken the gloves off -- sending troops into Bahrain to prop up the island's Sunni monarchy against a rebellious Shiite majority; consolidating their relationship with Pakistan as a regional counterweight to Iran; and expanding the Gulf Cooperation Council (GCC) to reinforce the club of Sunni monarchies.

Through the GCC Saudi Arabia has also moved to resolve the crisis in Yemen, its neighbor to the south, where al Qaeda is establishing a foothold and where the Saudis suspect Iranian meddling.

Their core mission, says Ian Bremmer, president of the Eurasia Group, "is to ensure stability in their neighborhood." Bremmer believes "the single most important long-term implication of the Arab Spring may be a consolidated GCC that is tacking away from the West."

At the same time, the Saudi kingdom's relations with the United States have deteriorated -- in part over the Obama administration's support for pro-democracy movements in the Arab world. On two occasions in recent months, according to well-placed sources in the Gulf, King Abdullah of Saudi Arabia even refused to meet senior U.S. officials.

Earlier this week, Saudi grievances were laid out in a Washington Post op-ed by Nawaf Obaid, a consummate insider and a senior fellow at the King Faisal Center for Research and Islamic Studies. Describing a "tectonic shift" in the Saudi-U.S. relationship, he complained of an "ill-conceived response to the Arab protest movements and an unconscionable refusal to hold Israel accountable" for its settlement-building in Palestinian territories. On the latter issue, he said the U.S. "had lost all credibility."

Obaid also echoed some of the criticisms made last year by Prince Turki al Faisal, a former ambassador to the United States who said that "negligence, ignorance and arrogance" had cost America the "moral high ground" it held after 9/11.

Saudi alienation from Washington predates the Obama administration. Riyadh saw the invasion of Iraq as a disaster because it unleashed Shiite influence in a country traditionally dominated by its Sunni minority. Several Saudi officials have described Iraqi Prime Minister Nuri al Maliki -- who leads a Shia-dominated government -- as an "Iranian agent."

The Saudis also complained that the Bush administration had "dropped the ball" on the Israel-Palestinian peace process by not endorsing King Abdullah's plan for a two-state solution, with east Jerusalem as the Palestinian capital. That, they argued, had only strengthened more radical forces in the region, such as Hamas and Hezbollah.

Above all, the Saudi establishment has long been anxious that the threat it perceives from Iran is not adequately acknowledged in Washington.

U.S. diplomatic cables obtained by WikiLeaks and published last year showed growing Saudi impatience with U.S. caution toward Iran's nuclear program, with King Abdullah quoted as urging Gen. David Petraeus to "cut off the head of the snake" during a meeting in April 2008. A year later, the King is quoted as telling President Obama's counterterrorism adviser, John Brennan, that he hoped the U.S. would review its Iran policy and "come to the right conclusion."

So now, Obaid writes, "Riyadh intends to pursue a much more assertive foreign policy, at times conflicting with American interests."

One long-time observer of Saudi policy says the kingdom is preparing to use its wealth and economic growth (forecast at nearly 6% this year, thanks to the rising price of crude oil) to lead an expanded bloc as old certainties wither away.

The Saudis plan to spend $100 billion to modernize their armed forces, buy a new generation of combat aircraft and add 60,000 Interior Ministry troops. Like other Gulf states, Saudi Arabia also plans to expand its special forces.

Beyond its borders the kingdom wants to expand the six-member Gulf Cooperation Council, until now a club of wealthy monarchies, by inviting Jordan and Morocco to join. They might not have much money, but they, too, are ruled by Sunni monarchs and have -- by regional standards -- cohesive and well-trained armies.

In return, Gulf largesse would help support their weak economies. Amid recriminations and confusion in the Arab League -- whose planned Baghdad summit has just been postponed for a whole year -- the Saudis see the GCC as the institutional antidote to the upheavals of the Arab Spring.

Saudi Arabia has already created a $20 billion fund to assist Bahrain and Oman. And the dispatch of some 1,000 troops to Bahrain in March served notice to Tehran that Saudi Arabia would not tolerate a Shiite-dominated state a few miles off its coast.

"Sending a force to Bahrain was a necessary evil for the GCC in order to protect the monarchy in Bahrain," says Theodore Karasik of the Institute of Near East and Gulf Military Analysis. "If a monarchy falls in the region, this might create a domino effect."

It was also a slap in the face to U.S. policy in the region, which was focused on coaxing dialogue in Bahrain. Just days before the Saudi intervention, U.S. Defense Secretary Robert Gates was in Bahrain urging King Hamad to take more than "baby steps" towards reform.

That followed alarm in Riyadh over the Obama administration's desertion of long-time ally Hosni Mubarak, who had cultivated close ties with the Gulf states and who was regarded by the Saudis as another Arab bulwark against "Iranian expansionism." The U.S. eventually told Mubarak it was time to go, but the Saudi royal family supported him to the end, even offering to make up for any cut in U.S. aid.

Bremmer of the Eurasia Group says the United States does hold important cards -- through multi-billion-dollar arms contracts and long-established relationships in the oil industry. And regional analysts say that ultimately Saudi Arabia would likely appeal for and get U.S. help in any showdown with Iran.

Bremmer says that much in the Gulf revolves around personal relationships and loyalties, and he says the Obama administration needs to invest more in that, starting at the top. By contrast, senior executives in U.S. oil companies -- by and large no fans of the president's energy policy -- do talk with the Saudis.

In the longer-term, a Saudi tilt to the East may simply reflect new economic realities. Some 55% of Saudi oil now flows to Asia, compared with about 10% that flows to the United States. The Saudi state oil firm has built refineries in China, and trade between the two countries was worth $40 billion in 2010.

As relations with the West fray, Bremmer concludes that "a far-reaching Saudi-China strategic partnership could well result alongside expanded Chinese contracts to buy long-term access to Saudi oil and Chinese investment in developing Saudi infrastructure."