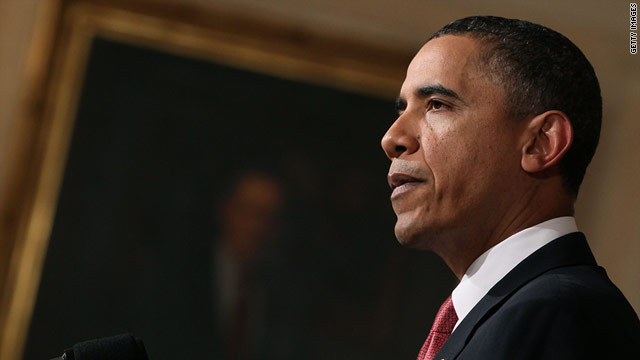 Conservatives howled over Obama's Mideast plan, but that plan was once lauded by George W. Bush and Tom DeLay.
STORY HIGHLIGHTS
RELATED TOPICS

Editor's note: James Carville is a Democratic strategist who serves as a political contributor for CNN, appearing frequently on CNN's "The Situation Room" as well as other programs on all CNN networks. Carville remains active in Democratic politics and is a party fundraiser.

(CNN) -- As I sat watching the hysterical and apocalyptic reaction to President Barack Obama's speech addressing the Israeli and Palestinian conflict, in which he endorsed a position that was previously advocated by George W. Bush, Tom DeLay, former Israeli Prime Minister Ehud Olmert, opposition leader Tzipi Livni and even Prime Minister Bibi Netanyahu, it got me thinking about the other vicious attacks on the president's previous policies.

Let's start with the president's decision to continue George W. Bush's TARP -- the successful program that averted a financial collapse and bailed out the automotive industry.

I've always wondered why Bush didn't try to lay some claim to the successful outcome of that situation instead of expecting to be credited with the downfall of Osama bin Laden, which he actually had very little to do with.

The fact that Obama promoted the individual mandate health-care plan previously endorsed by Newt Gingrich, Jon Huntsman, Mitt Romney and Tim Pawlenty had the GOP up in arms.

But boy, what really got the boys on Fox News, talk radio and the Tea Party gassed up was when Obama praised Pawlenty, McCain and Romney's cap-and-trade carbon-control plan. And I almost forgot his stimulus program was attacked by John Huntsman for not being large enough.

But then again, it's hard to to top the doomsday predictions that resulted when the chairman of the Federal Reserve (who, by the way, was appointed by George W. Bush) instituted a program that was advocated by Ronald Reagan's favorite economist, the late Milton Friedman, who is universally acknowledged to be the most influential conservative economist of the 20th century.

Of course, he sure got an earful about taking Newt's advice and intervening in Libya, not to mention the stir he caused by just following George W. Bush's lead in sending troops to Afghanistan.

In 1992, Bill Clinton famously proclaimed himself to be an Eisenhower Republican. By that measure, I'd say President Obama is a pre-2008 John McCain Republican.

But this much is sure: The policies of the eventual Republican nominee, that is, anybody left running for it by the time of the vote, will be right in line with those of Sarah Palin. It's pretty remarkable that the next election is going to boil down to a competition between the 2008 Republican presidential candidate and his vice presidential nominee.

It's not that Obama is a socialist born somewhere other than Hawaii, or that he possesses a Kenyan anti-colonial mentality -- but that some Republican needs to stand up and say, with some legitimacy, that Obama is taking all of the GOP's ideas.