Can you help stop terror plots? 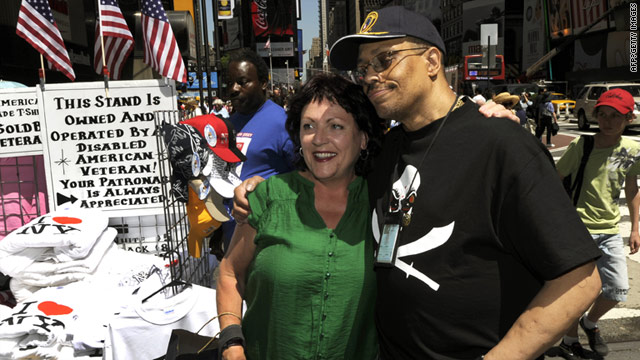 Editor's note: John S. Hollywood is a researcher at the RAND Corporation, a nonprofit institution that helps improve policy and decision-making through research and analysis. Kevin J. Strom is a senior research scientist at RTI International, a nonprofit research institution dedicated to improving the human condition by turning knowledge into practice. The research described was supported by the Institute for Homeland Security Solutions. Read the entire report here.

(CNN) -- In retaliation for Osama bin Laden's death, al Qaeda supporters may try to carry out attacks in the United States. Widely reported threats from the Pakistani Taliban and others have put officials on the alert for small-scale acts that can be executed quickly.

Just 48 hours after the president's announcement of bin Laden's death, police in the U.K. detained five London men in their 20s sitting in a vehicle near a nuclear plant in West Cumbria. They are being held pending further investigation.

Given the alerts and a heightened sense of impending acts of terrorism, is there anything the public can do to help foil terrorism on our soil?

Recently, researchers from the Institute for Homeland Security Solutions at RTI International and the RAND Corporation analyzed what thwarted 68 potential cases of terrorism in the United States from 1999 to 2009.

We found that the general public helped foil nearly a third of those attacks, largely by tipping off law enforcement officers. The tips were of a substantial nature; people noticed genuinely threatening actions that many citizens would not see.

For example, the brother of a would-be terrorist told the FBI his sibling planned to bomb abortion clinics and gay bars in south Florida; the FBI planted an undercover agent who confirmed and foiled the plans.

Sometimes simple mistakes lead to foiled plots. A man reported he had received a package filled with fake identification cards for "workers" at the United Nations and the U.S. Department of Defense. That tip led to stopping a plot to make a weapon from almost two pounds of cyanide.

All told, law enforcement agencies found fewer than 10 terrorist plots a year that intended to kill Americans on U.S. soil in the last decade. By way of comparison, the National Weather Service estimates 400 people in the United States are struck by lightning per year. The chance that the average American will see or learn of actual terrorist activity is very small.

Still, given the heightened alert in effect, it is worth reporting genuinely suspicious behaviors such as those described above. Of the plots foiled in the last 10 years on U.S. soil, the would-be terrorists came from many different ethnic groups. We know of no cases where ethnic profiling helped stop a terrorist plot. A focus on behavior, not ethnicity, is the key.

The opinions expressed in this commentary are solely those of John S. Hollywood and Kevin J. Strom.