By Sherrilyn A. Ifill, Special to CNN 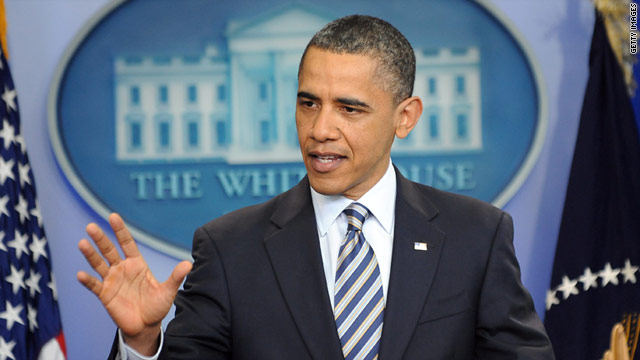 President Barack Obama makes a statement on his birth certificate on Wednesday, calling it a sideshow issue.
STORY HIGHLIGHTS

Editor's note: Sherrilyn Ifill is a professor at the University of Maryland School of Law.

Baltimore, Maryland (CNN) -- I will not click on the link to view the long form of President Obama's birth certificate. I will not participate in this final humiliation -- in the president's reluctant acquiescence in this ongoing smear.

The release of the president's long-form certificate proving his birth in Hawaii will not stop the attempts to discredit his leadership. The so-called "birther" movement veils a much more basic challenge to Obama's legitimacy. And yes, that challenge has a great deal to do with his race.

This is not new. Black leaders always have had to prove their "legitimacy" and their allegiance to America. The way to smear the NAACP in the '40s, and leaders like the Rev. Martin Luther King in the '60s, was to suggest that they were Communists working against America.

Thurgood Marshall spent a good portion of his confirmation hearing for a position on the 2nd Circuit Court of Appeals refuting charges that he was a Communist. Frederick Douglass pushed President Lincoln to allow blacks to serve in the Union Army as a way of proving to whites that blacks were worthy of citizenship.

This ongoing challenge to our legitimacy is the reason that so many blacks from earlier generations were told by our parents that we had to be smarter, more well-mannered, more well-spoken and more circumspect than our white counterparts. We had to prove ourselves worthy of the respect of whites, and to do so required proof that we "belonged." It's among the great ironies of race in this country that when black leaders display these same qualities, they are accused of "elitism," no matter how humble their origins.

Now, even the first black president has been compelled to present proof that he "belongs" in the White House. No Harvard degree, no Nobel Prize -- not even the support of a majority of voters in this vast country is enough. More will always be required.

That's why so many of us are disturbed by the president's decision to give in and release the long-form document. We understand and respect that painful decision to try to refocus the country's attention away from these absurd distractions and on to the critical problems we face. But we also know that his gesture will do little to quell the ongoing challenges to his authority from people who will never accept his leadership. It's not about whether he was born in Hawaii. It's the imposition of never-ending hurdles, and it's motivated by the idea that racial minorities are "others" who must prove their right to have a real place in the leadership of American institutions.

It's no surprise that Donald Trump, the quintessential example of bloated, egocentric American wealth and excess, has already moved on to questioning the grounds for President Obama's admission to Harvard. No rational person doubts the intellectual gifts of the president. They've been on display for decades. It's hard to imagine a movement demanding proof that President George W. Bush was admitted to Yale or to Harvard Business School on the basis of his academic performance. The point is not to question Obama's intellect. The point is to suggest illegitimacy.

"I want to see the SAT scores," Patrick Buchanan bellowed two years ago on "The Rachel Maddow Show." He was referring to the nomination of Justice Sonia Sotomayor, then a sitting federal judge to the United States Supreme Court and the first Latina to be nominated to the court. These kinds of challenges should never be given credence. President Obama's release of his long-form birth certificate is a sad reminder of just how imperfect our Union remains.