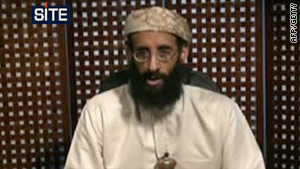 (CNN) -- Yemeni security forces have swept into a region of the country thought to be a haven for al Qaeda, the governing party says.

More than 1,000 soldiers and security officials are involved in the operation in Shabwa province, the al-Motamer party said on its website Saturday.

Yemen is not specifically targeting him in the operation.

The offensive comes after the governor of the province delivered an ultimatum to local tribes to "eradicate" al Qaeda operatives themselves or the army would move in, a Yemeni government official told CNN Sunday.

The result was a joint operation between the tribes and the army, said the official.

"The tribes decided to start trying to hunt for al Qaeda operatives with help from Yemen's security forces and the operation that started last night was the tribes' first terror sweep in the mountains of Shabwa. They went hiking and army units joined them. They also had air support," the source said.

The official, who is not authorized to speak to the media, asked not to be named.

The government official added that "the tribes and the security forces weren't just looking Anwar al-Awlaki, they are looking for any al Qaeda operatives."

Al-Awlaki appeared in a new video message Saturday, saying that Islam is in "severe need for guidance in these dark situations" and that the religion is "exposed to fateful dangers."

CNN could not immediately verify the authenticity of the video, including when or where the taping took place. The video message was posted Saturday on the jihadist website Shumoukh al-Islam.

Yemen has walked a careful line on al-Awlaki, whose tribe is powerful.

When asked if al-Awlaki is such a popular figure in Yemen that it would be too dangerous for the government really to go after him, Saleh denied it -- and said that idea was an exaggeration by the media.

"All al Qaeda leaders in the past, they used to say, these are from big tribes, and nobody could do anything or capture them, but in the end, we captured them or killed them in combat -- and nothing happened. This is a media exaggeration and that's all," Saleh said.

"In the end, Anwar al-Awlaki, if he is captured and a case is brought against him, he'll be taken to court. That's all. And it's better if he surrenders. If he thinks he's innocent and didn't do anything, he should surrender himself to security forces for the safety of his soul," he said.

Yemeni officials have said in the past that if he is captured, he will not be extradited to the United States because the country's constitution forbids sending Yemenis abroad to face trial.

Yemen believes there are about 400 al Qaeda elements in Yemen, including Saudis who "plot to entice chaos and destruction in several places in the country," Yemeni Foreign Minister Abu Bakr al-Qerbi said on the party's website Sunday.

Yemen has become a key battleground for al Qaeda since a local affiliate calling itself al Qaeda in the Arabian Peninsula was established in 2009.

Yemen also carried out an offensive against al Qaeda in the area last month, after which the group retaliated against a government convoy. Another offensive was launched in the southern province of Abyan last weekend.

U.S. officials say al-Awlaki helped recruit AbdulMutallab, the Nigerian man charged with trying to blow up a Northwest Airlines trans-Atlantic flight as it landed in Detroit, Michigan, on Christmas Day.

Al-Awlaki is also said to have exchanged e-mails with Hasan, the accused Fort Hood shooter.

Meanwhile, Yemen's sports minister led a delegation to Qatar's capital of Doha to personally invite members of the Gulf Cooperation Council to a soccer tournament this winter amid concerns that the region is unsafe.

The trip "the trip aims to kill all doubts and bids about the possibility that Yemen will be unable to host the championship set to be held from November 22 to December 5 in Aden and Abyan," according to the official Saba news agency.