Lawyer: Woman facing stoning in Iran has been whipped 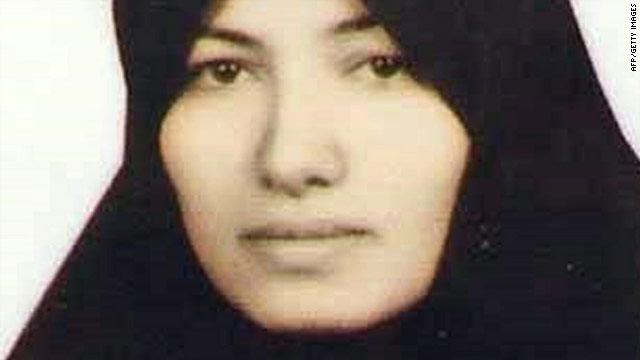 (CNN) -- Contradictory reports swirled around the case of an Iranian woman sentenced to be stoned to death for adultery, with one Iranian lawyer saying Monday that she had been whipped 99 times for another alleged offense but another casting doubt on it.

A woman who was in prison with Sakineh Mohammadi Ashtiani told lawyer Javid Houtan Kian that his client had been lashed over a newspaper photograph that, Iranian authorities thought, showed her without a headscarf. Iranian law requires all women to cover their hair, regardless of their religion.

The Times of London ran the photo on its front page on August 28, identifying a woman in it as Ashtiani. It later apologized, saying it was not her. On Monday, the newspaper published an editorial calling the lashing an "outrage."

"Ms Ashtiani has been imprisoned in Tabriz for five years," The Times wrote. "The prison authorities know exactly what she looks like and therefore must have known that the photograph printed in The Times on August 28 was not of her."

The newspaper also accused Iranian authorities of punishing her "to make her suffer for an international campaign to save her that that exposed so much iniquity."

Video: What the Quran says about stoning

Video: Iranian woman to be stoned

Kian was not able to speak to Ashtiani, and neither the courts nor the prison would confirm the whipping, but he believes the other woman, he said Monday.

"I know what she is saying is correct. If she is making this up, then how did she know that the reason for the flogging was over a photo released in a foreign newspaper?" he asked.

Ashtiani asked the woman, who was released from prison, to tell her son she had been whipped, Kian said from Iran on Monday. He declined to identify the woman who passed the information to Ashtiani's son, saying it would put her at risk of further harassment by the Iranian authorities.

Ashtiani's son, Sajjad Ghaderzadeh, corroborated Kian's report and said, "I am very extremely worried at this point about my mother's life."

He expressed concern that Ashtiani's death sentence will be carried out after the end of Ramadan, which falls Friday.

Another lawyer associated with Ashtiani said Monday that he doubted reports about her lashing sentence.

Mohammed Mostafei said in Paris, France, Monday that "there was no evidence of a sentence of lashings."

"I spoke with an official in the judiciary in Iran. They said no punishment was carried out on her," he said later Monday.

The Times says it got the picture from Mostafei. He said Monday that he sent the photo to the newspaper, "but I did underline that this photo was not necessarily a photo of Sakineh; it was not confirmed."

Mostafei spoke at a press conference alongside French Foreign Minister Bernard Kouchner, who said France "will do everything in its power to make this case known and support Sakineh."

"Really this is a national case for us and the president said that France must defend Sakineh," Kouchner said.

"I'm making this a personal case and I'm willing to do whatever it takes to save her," he said. "If it means going to Tehran, I will go to Tehran."

Kouchner later said that he is making it a personal case "because I'm a moral person [and] because this is barbaric treatment."

Ashtiani was earlier sentenced to death by stoning after she was convicted of adultery.

Iranian judicial authorities say a final verdict in her case has not yet been made, the semi-official ISNA news agency reported recently. In July, Iran's judiciary said the case was under review.

CNN's Saskya Vandoorne and Becky Anderson contributed to this report.