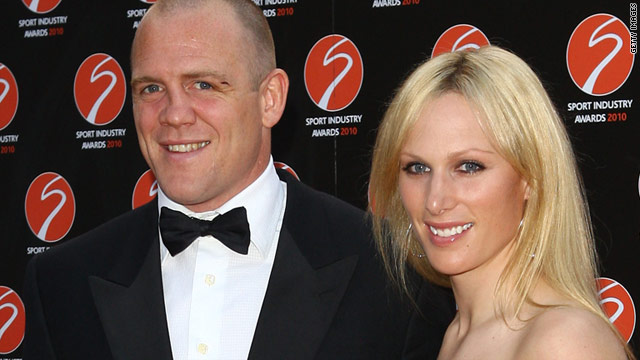 Tindall proposed to Phillips, 29, on Monday at the couple's home in Gloucestershire, the palace said.

Queen Elizabeth, Zara Phillips' grandmother, and her husband Prince Phillip are delighted, according to Buckingham Palace.

No date for the wedding has been set and no dress designer announced, the palace said, adding the wedding will reflect the wishes of the couple.

Zara Phillips is a noted equestrian who attends various events for equine and children's charities. Tindall was a member of the 2003 England World Cup Rugby winning squad.

The second child of Queen Elizabeth's daughter Princess Anne, Zara Phillips is 12th in line to the throne and a first cousin of Princes William and Harry.

The royal engagement is the second announced this year. Prince William plans to marry his longtime girlfriend Kate Middleton in April.