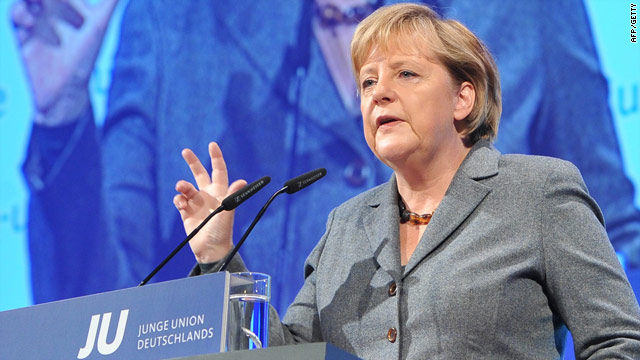 Chancellor Angela Merkel addresses a meeting on Saturday during which she said multiculturalism had failed in Germany.
STORY HIGHLIGHTS
RELATED TOPICS

"The approach of saying, 'Well, let's just go for a multicultural society, let's coexist and enjoy each other,' this very approach has failed, absolutely failed," she said in a speech.

The remarks echo a comment she made to CNN last month in response to a question from Becky Anderson about Germany's Muslim population.

"We've all understood now that immigrants are a part of our country, (but) they have to speak our language, they have receive an education here," Merkel told CNN's "Connect the World" program September 27.