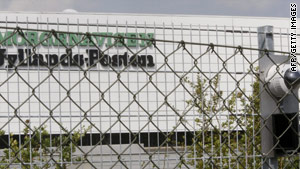 (CNN) -- The cartoons of the Prophet Mohammed that sparked protests worldwide four years ago will be republished in a new book soon.

Staffers at Danish newspaper Jyllands-Posten said the cartoons will be in a book created by cultural editor Flemming Rose and will be titled "The Tyranny of Silence."

The book is scheduled to hit stores on September 30, staffers said.

The cartoons were published in September 2006 and sparked worldwide protests after the reprinting of the caricatures in other publications.

Islam forbids depictions of Mohammed. Many Muslims were also furious at the drawings themselves. One of them showed the religious figure wearing a turban shaped like a bomb with a lit fuse.

In January of 2007, a Norwegian newspaper reprinted the drawings.

Some European papers later published some of the cartoons as a way of covering the controversy, some papers said.