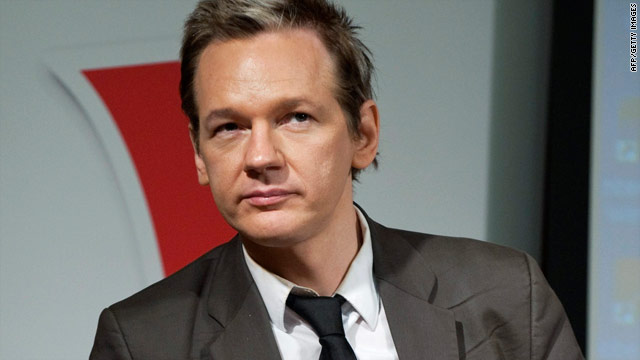 (CNN) -- Swedish authorities will question WikiLeaks editor-in-chief Julian Assange about the allegation that he molested a woman in Sweden, prosecutors announced Wednesday.

They dropped a separate investigation into a charge of rape involving another woman.

Chief prosecutor Eva Finne said there was "suspicion about criminal activity" with regard to the molestation claim, and ordered an investigator to interrogate Assange. The charge does not necessarily imply sexual contact.

Assange did not immediately respond to the announcement but has said the allegations are baseless and part of a smear campaign.

He came to international attention recently when his website published 76,000 documents related to the war in Afghanistan, angering the United States, Afghanistan, and Pakistan, which is also mentioned in the papers.

WikiLeaks said Tuesday it would release a "CIA paper tomorrow," with no further details.

Assange's lawyer Wednesday welcomed the dropping of the rape charge.

"This is really good news, almost 100 percent good news. Now the most severe accusation is gone and we are only left with a minor accusation of molestation which in this country normally results in a fine at most," Leif Silbersky told CNN by phone from Stockholm, Sweden.

But he blasted the Swedish Prosecution Authority's original decision to issue an arrest warrant for Assange on Saturday for rape. Prosecutors later dropped the arrest warrant and said there was no suspicion of rape.

"It is completely unacceptable and incomprehensible that she initially accused him of rape and confirmed it in front of the whole world, and now the prosecution side goes and drops it all together," he said.

"It will be hard for Mr. Assange now to completely clear his name after these kinds of accusations have been floating around in the world's media," the lawyer said.

The Pentagon, the U.S. Justice Department and the lawyer for the women involved in the case all denied that Washington was behind a smear campaign against Assange.

Silbersky had not yet spoken to Assange about the latest developments when CNN called, but he said he was about to meet him to discuss Wednesday's events.

The lawyer representing the two women making the allegations against the WikiLeaks editor criticised the prosecution for dropping one investigation.

"I stand firm by my view that this is a case of sexual molestation at the very least, and I will therefore seek an appeal of the prosecutor's decision," Claes Borgstrom told CNN.

"The fact that they will now formally investigate him for molestation is at least something, but I will launch an appeal there as well to get a second prosecutor to look at it if it could be classified as sexual molestation," he said.

CNN's Per Nyberg and Atika Shubert contributed to this report.