South Korea: Policy of engagement with North is a failure 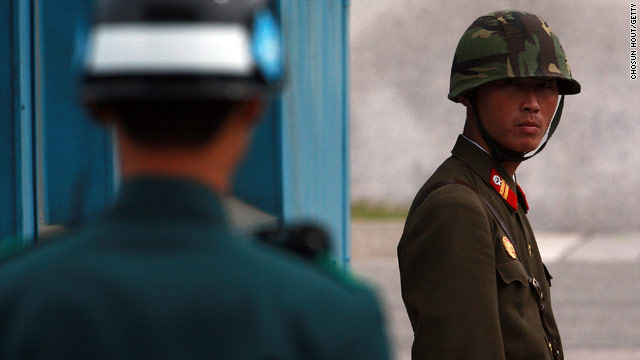 Seoul, South Korea (CNN) -- South Korea has denounced a policy that called for a peaceful engagement with North Korea as a failure.

The policy did not change North Korea's "perverse" policies, the report said Wednesday.

"Despite outward development over the past decade, inter-Korean relations have been under criticism from the public in terms of quality and process," the Chosun Ilbo newspaper quoted the white paper as saying. "They have in fact become increasingly disillusioned with the North and more worried about security as the North continued its nuclear arms program."

The sinking of the South Korean warship, the Cheonan, which killed 46 sailors earlier this year, showed that the North is "... consistently maintaining a reunification doctrine based on a strategy to turn the entire Korean Peninsula communist despite its outward policy in favor of cooperation and reconciliation."

The ministry confirmed the newspaper report.

The Sunshine Policy is based on the Aesop fable of a warm sun forcing a man to divest his coat after a cold wind had failed to do so. It lasted between 1998 and 2008.

It overturned decades of containment, but was reversed when the conservative Lee Myung-bak government took power in Seoul in 2008.

"This government has more focus on principle-based exchange and cooperation," said deputy spokeswoman Moon Jong-woo of the unification ministry. "We want to promote peace and security through inter-Korean relations -- that is the all-time goal."

While current relations between the two Koreas have been cold since the Lee government took office, and have been icy since the naval sinking this March, there were significant tensions even at the height of "sunshine" -- including North Korean nuclear and missile tests, and two fatal naval clashes.

The Sunshine Policy resulted, however, in the establishment of an enclave for Southern tourists in North Korea at Mount Kumgang and two inter-Korean summits. The tourist enclave has been closed since 2008 when a southern tourist was shot there by a Northern soldier.

Some pundits say Seoul's 1998-2008 engagement policy was undermined by fractures in the Korea-US alliance.

"You had the most liberal presidents ever in Korea at the time of a very vigorously conservative American president who thought that accommodating the North Koreans was not the way to go," said Mike Breen, a biographer of North Korea's leader Kim Jong-il

Today Seoul's policy aims are clear, their outcome even less so.

"I would say that the current South Korean policy is based on the denuclearization and the openness of North Korea," said Dr Choi Jin-wook, of the Korea Institute for National Unification. "The major critique of this policy is that it is naive."

Although the six-party talks on North Korean denuclearization are in limbo, Seoul maintains some channels of communications with the Pyongyang. The unification ministry announced on Thursday that the South would attend Red Cross talks with the North on humanitarian issues and on the resumption of inter-Korean tourism projects.

And "sunshine" did have some lasting benefits.

"It did not have any concrete results, but it helped South Koreans overcome the shortcomings of their anti-communist education," Breen said.