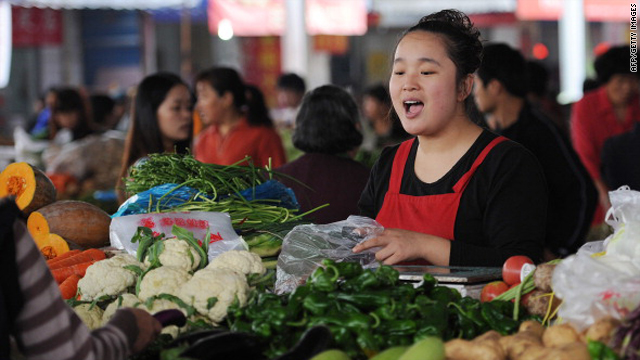 (CNN) -- An increase in the cost of food helped hike China's consumer price index to a 25-month high of 4.4 percent last month, the National Bureau of Statistics said Thursday, according to the state-run Xinhua News Agency.

The growth rate in the CPI -- a gauge of inflation -- was 0.8 percentage points above September's rate, NBS spokesman Sheng Laiyun said.

Costs for food products, which represent a third of the goods used to calculate China's CPI, grew 10.1 percent compared to the previous year in October, the agency reported.

From January to October, China's CPI rose year on year by 3 percent, which represents the government's target ceiling for the year.