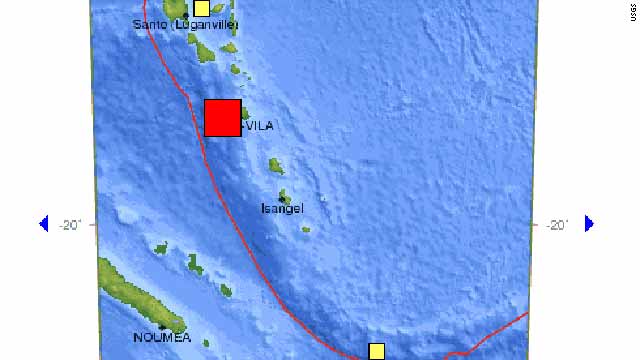 The 7.5-magnitude quake, with a depth of 35 kilometers (27 miles), struck 40 kilometers (25 miles) west-northwest of the capital, Port Vila.

"This is only an initial measurement of the first arriving tsunami wave," the warning center said. "Higher wave amplitudes may yet to be observed along coasts near the earthquake epicenter."

Vanuatu is in the South Pacific Ocean, about three-quarters of the way from Hawaii to Australia, and comprises numerous islands.